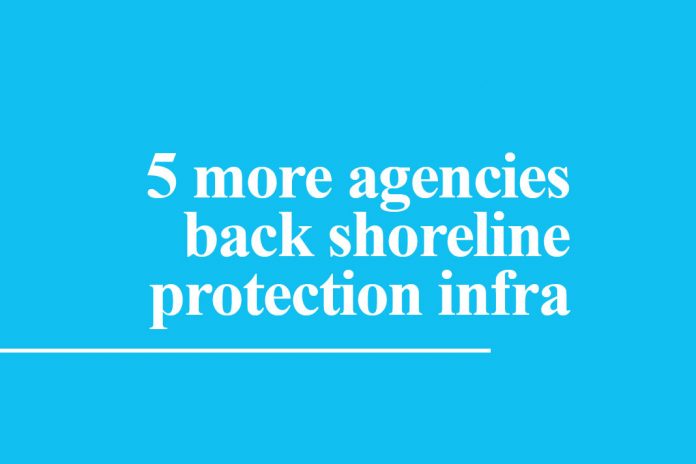 Five more  regional  government agencies on top of the DENR  are on record interposing no objection and/or granting clearance to the shoreline protection project in Rizal Boulevard near the Dumaguete Press Club.

These endorsements were made in full recognition to the need for increased protection for the residences and establishments along Rizal Boulevard from storm surges and to reinforce or rehabilitate the old seawall.

An Environmental Compliance Certificate or ECC was already issued by the Environment Management Bureau of the Department of Environment and Natural Resources, for the project covering an area of 17, 715 square meters.

For its part, the DPWH also granted clearance and interposed no objection to the project considering DPWH that it has no existing, ongoing and proposed projects in the vicinity of Rizal Boulevard that will be adversely affected by the city project.

All the 30 Punong Barangays of Dumaguete also passed a resolution manifesting their strong support to the project undertaken by Mayor Felipe Antonio Remollo, who secured another and mandate with a promise to reduce the vulnerability of coastal barangays from flooding and storm surges by rehabilitating the seawall and expanding shoreline protection.

Thus, the City government is committed to complying with all the conditions and requirements of the law so that the project will be fully completed in due time.

The implementation of the project will continue considering that the ECC has been granted and the Philippine Reclamation Authority has long ago its Cease and Desist Order so that further delay can be avoided considering that the City Government is preparing to host next year’s ASEAN Schools Games with more 2, 500 of the best student athletes from 11 countries of the Southeast Asian Region competing in 9 sports disciplines. (DEMS)