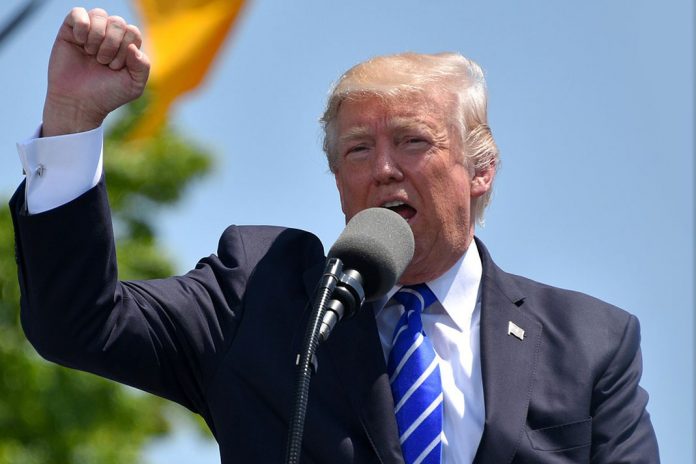 There have been many occasions in the past where this president of the United States was impeachable. Like a cat with nine lives, he survived. Charges were: violation of Constitution on Foreign Emoluments, Interference of Voting Rights (Russia), Obstruction of Justice, Separating Children/Infants from Families (Mexican border), Tax Fraud and Public Misrepresentation (businesses), Assaulting Freedom of the Press (always) and Refusal to Comply with Subpoenas.

The latest impeachment case involving Ukraine, however, seems to be gaining momentum- not just among the public- but even somewhat in a bipartisan way in Congress. Will the orange-haired most powerful president on earth be impeached?

Based on 6 US officials Trump repeatedly called Ukrainian President Volodymyr Zelensky to “dig dirt” against his potential Democratic 2020 poll rival (Joe Biden) and his son Hunter who had some dealings there.

Next, he allegedly withheld US$400-M in military aid to Ukraine as a blackmail bait when clearly such an act made Ukraine vulnerable to the incursions of neighbor Russia.

Finally, feeling the heat, Trump had the call transcripts transferred from the regular computer to a highly restricted one- to frustrate any damning investigation on the impropriety if illegality of the calls.

We remember this third accusation- a clear obstruction of justice- as similar to what caused the impeachment of the another Republican Richard “Tricky Dick” Nixon. This was what nailed Nixon- not his direct illegal tapping of the Watergate headquarters of the Democrats during an election period.

Despite his many flaws and Instagram notoriety, Trump is generally believed to win the 2020 election – on the strength of the US economy- and only an impeachment can stop him from reelection. Will he be impeached?

Jailed for his fight for human rights and political freedom for 27 years, Nelson Mandela became the first black South African president (1994-1999) and was a Nobel Peace Prize Winner. He gave one inspiring story- read on:

“After I became PRESIDENT, I asked, one day, some members of my close protection to stroll with me in the city, have lunch at one of its restaurants. We sat in one of the downtown restaurants and all of us asked for some sort of food.

After a while, the waiter brought us our requests – and I noticed there is someone sitting in front of us waiting for food. I then told one of the soldiers: Go and ask that person to join us with his food and eat with us. The soldier went and asked the man so.

The man brought up his food and sat by my side as I asked and began to eat. His hands were trembling constantly until everyone had finished their food and the man went. The man was apparently sick. His hands trembled as he ate.” (the Security Men said).

“No, not at all,” said Mandela. “ This man was the GUARD of the PRISON where I was JAILED. Often, after the torture I was subjected to, I USED TO SCREAM and ASK FOR A LITTLE WATER.

The very same man used to come every time and URINATE ON MY HEAD INSTEAD.

So, I found him scared, trembling, expecting me to reciprocate now, at least, in the same way, either by torturing him or imprisoning him as I AM NOW THE PRESIDENT OF SOUTH AFRICA.

But this is not my character nor part of my ethics. The mentality of Retaliation Destroys States while the Mentality of Forgiveness Builds Nations. The weak can never forgive, forgiveness is an attribute of the Strong.” There are a lot of lessons to be learned in this Tale. Do not waste them. (Mandela story contributed by Judge Gabriel T. Ingles)