A heated altercation followed by  bois-terous laughter’s   by a live-in couple in the pre-valentine dawn of Feb 12 in the village of flowers called Purok Gumamela, barangay Calindagan,  resulted in their  sudden (deliberate)  ignition of the couple’s own rented house fueled by gasoline, which spread quickly and leveled 56 other houses of light materials to the ground  and rendered homeless some 544 individuals, 55 of whom were infants aged 0-to 5yrs old.

This was the gist of a witness to the couple’s strange “high” actuations when she testified during the inquest proceedings at the City Prosecutors’ office ,  for the crime of Deliberate Arson filed against suspects, who are  live-in couples  Rogen Monceda and Luia “Kimberly”Mateo , middle age, whom neighbors described as “users.” 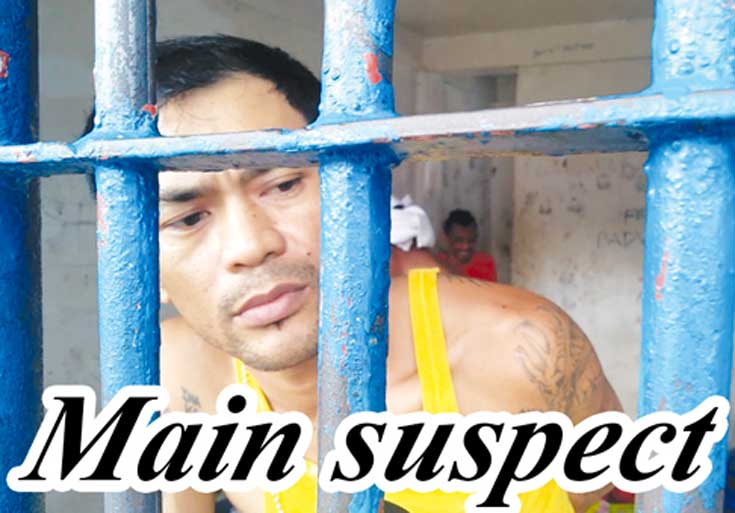 The  witness who formally  testified had her identity withheld from the media for security reasons,  although it was mentioned in the inquest resolution.

The couple maintained their innocence when interviewed by media, saying Rogen was not around when the fire broke out, and so said his live-in partner.

This even as one witness said she and other neighbors wanted to help put out the fire but “was threatened” allegedly by the suspect. So they all backed out and ran for safety  as the fire spread quickly to the neighborhood..

It was put under control by 4am but embers stayed late in the morning till noontime.

Why has the city government tolerated such kind of housing clusters to be built? Each house owner secured permits from city hall, and yet, they were allowed to live in such dangerous environment. Why? People asked city hall.

The City Council presided by Vice Mayor Alan Cordova were urged to check and or pass legislation in order to avoid similar costly but unnecessary incidents.

Mayor Felipe Remollo was urged not to sign occupancy permits to such kind of house clusters, who live in virtual danger every day and night. High fines for violators should be imposed  so as to discourage unscrupulous lot owners from  building   such closely-knit house clusters.

There are still many of such sort of housing clusters in Dumaguete and the City Mayor was urged to crack down on these violators for the safety of people and  the public welfare.

There were many other witnesses to the alleged crime especially neighbors who lost all their belongings because the fire occurred past 2am dawn with strong easterly winds blowing which  led to the quick  spread of the fire. Many of the victim could not bring a single belonging, many ran on foot.

The fire trucks from Dumaguete, Daro, Sibulan , Bacong and Valencia together with the volunteer Chinese fire brigade team could not enter the burned area of 57 cluster of houses because of the absence of access road. ( See drone photo on page 1) A certain Rubio allegedly rents out houses in  this big lot in the interior  of south Perdices st. behind Pick and Carry and fronting Foodnet.