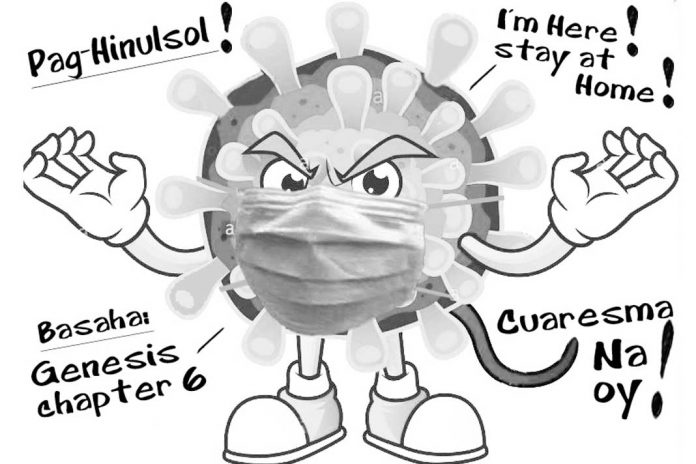 “As in the days of Noah! “….. In the Bible, it means, God is appar-ently punishing people for their sins. Only the believers agree.

In short, because of the People’s  incorrigible sins, God sent floods for 40 days and killed all people except Noah. It was such cleansing unimaginable and unsurpassed.   Look at what’s happening to the world today.

Since DAY ONE, Adam and Eve didn’t listen to God’s word, but listened to the enticements of the serpent and ate the fruit from the tree of the knowledge of good and evil, ———thus, various corrupt satanic dispositions were planted in humans’ hearts until today. Mankind became more and more deeply corrupted by Satan. Look around.

Nowadays, the last days  are coming. Only God knows exactly when.  The Lord Jesus’ prophecies are being fulfilled one after the other. All sorts of disasters, such as famine, plague, earthquakes, floods, drought, wars, and so on, are happening more frequently everyday. (Do you ever  watch CNN or Fox News?)

The earth is filled with violence. Murder, arson, raping and looting can be seen everywhere, every day in your TV screens.

In cities, red light  parlors, extra-foot massage centers, hotels, restaurants and ballrooms can be seen everywhere, many decent ones, but more,  which are filled with evil and immorality.

People  live in wining and dining, indulge in the lust of their flesh, lose humanity, rationality, integrity and dignity, ….and have already put God and His teachings to mankind to the back of their minds. They have forgotten.  They’ve become even worse than people “as in the days and time of Noah.”

Does the influx of COVID-19 or corona virus sound familiar to you ?

(NOTE:  Archaeologists also prove   that  Noah’ ark really does exist, as it was found in the valley of Mount Ararat in Turkey (which is the place Noah’s ark rests on).