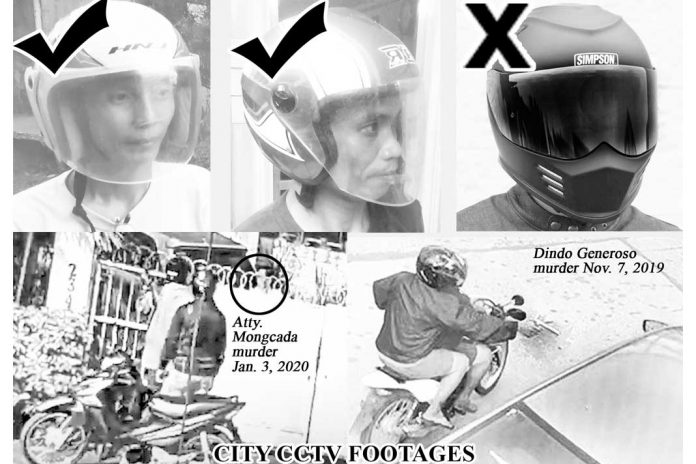 The City councilors, policymakers, of Dumaguete are seriously mulling the idea of banning the use of tinted helmets in order to assure the safety of both motorcycle drivers, its passengers, and the riding public.

Tinted helmets are ACCIDENT- PRONE because they blur the vision of the motorcycle riders during the daytime, how much more at night time.

Moreover,  criminals and/or would-be felons easily hide their identities behind tinted helmets, if it is not banned.    Therefore, it is to the total disadvantage of the constituents to allow tinted helmets on the road. These must be banned by a local ordinance, which should invoke the public welfare clause in the Constitution.

We know there are DTI standards for helmets, but our point  IS IN THE MATTER OF SAFETY TO PEOPLE. We know Mayor Remollo and Council presiding officer  Vice Mayor Cordova have enough legal knowledge to seek ways and means to put the people’s safety at paramount concern.

Should its constitutionality be challenged, our legal minds which abound the council and our three colleges of law and the IBP SHOULD BE READY TO  DEFEND  the ban as a necessary component in our quest for safety for our constituents.

In short, it is for the saftety of the general welfare of the people  that tinted helmets and front view glasses of vehicles be banned or not  allowed, and to be embodied  in an effective city  and provincial ordinances. Pls disallow too, covered faces with hankies and sunglasses.

In developed countries like China and the U.S, even many places in Europe, tinted car windows are allowed only on the sides but never on the front because tinted front windows blur the vision of the driver, thus making their trips accident-prone.

We support the move one hundred percent (100%)  because in the Philippines, even in Dumaguete, records will show that crimes committed by those riding in tandem use tinted helmets to hide their identities.

These should no longer be allowed. For LGUs, In the pursuit of local autonomy.  there should be no issue nor law that would supersede the safety and protection of the general welfare.