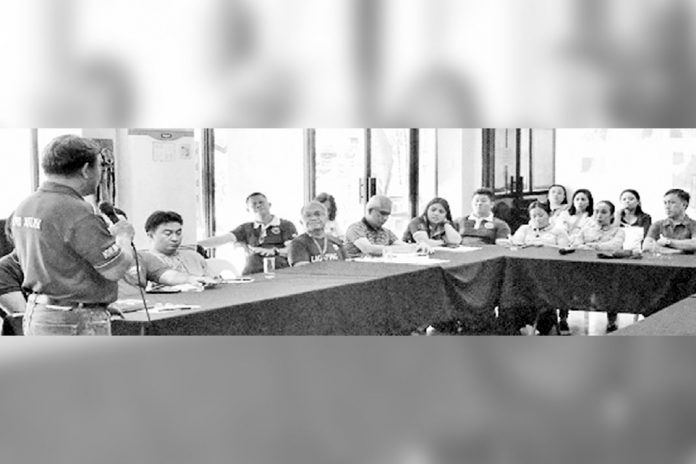 Based on the contingency plan, the three major human-induced hazards that have high probability of occurring during the Buglasan festivity are stampede , bombing, and fire incident.

Partner agencies of the Provincial Disaster Risk Reduction and Management Council (PDRRMC) convened yesterday for an initial assessment on the contingency plan created in response to a human-induced hazard that could happen during the upcoming Buglasan Festival.

The plan was formulated earlier this year by partner agencies of PDRRMC and other stakeholders related to DRRM during a workshop led by OCD-7 as part of the security preparations for this year’s Buglasan Festival celebration.

Part of the contingency plan is the creation of several clusters to address vital concerns during an incident such as emergency communications, law and order, search and rescue, health, and logistics.

The contingency plan covers the bad, worse, and worst-case scenarios so that every detail will be taken into consideration to help the government give the full appropriate response to the identified crisis situation.

In relation to preventing bomb hazards, Cabaron appealed to the public to report any suspicious individuals or situations to the authorities.

Alviola said the appropriate thing to do is to report it to the authorities and let them verify the situation.

As a follow-up to the coordination meeting, a simulation exercise will be held early next month to assess and test the said contingency plan as well as identify the needed actions and resources as preparedness measures for the Buglasan Festival slated in October.

Buglasan Festival dubbed as the “Festival of Festivals” is the grandest cultural festivity in Negros Oriental which showcases the creativity of residents in each and every town of the province. (ral /PIA7-Negros Oriental)