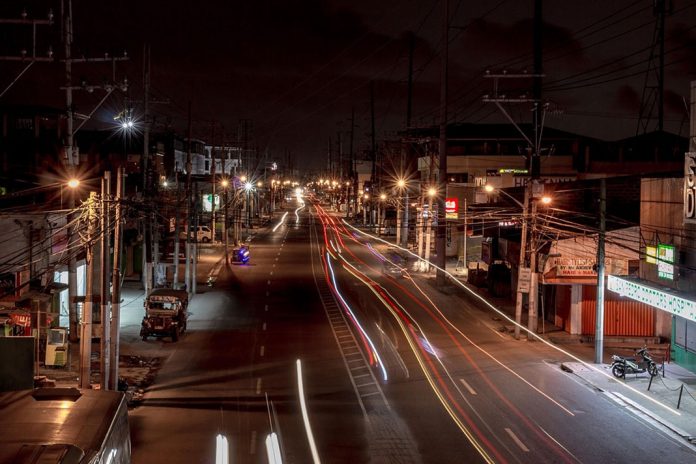 THE FIRST THING Tagbilaran city folks asked of Cipriano “Rene” Luspo, the founding advocate of the “Bohol Advocates for Pedestrian Safety  “ (BAPS)  Is “is he running for public office?”

But that is the farthest thing in the mind of Luspo, retired officer of the AFP (Coast Guard) and the former head of security of ABS CBN for the 12 years before his 2017 retirement. He is one of those Boholanos who merely care about their place of birth and starts doing something practical rather than merely complain.

It is an informal organization with a growing list of adherents and has made a favorable impact in its presentation to the Tagbilaran City  Planning and Development, the Board of Directors of the Bohol Chamber of Commerce and Industry, and many members of the Bohol Chapter of the United Architects of the Philippines, among others.

The truth is, in the last century globally, the emphasis in street planning was to accommodate the growing needs of motorized vehicles and last for pedestrians. Street widening and traffic rules were amended to suit the exponential needs of a burgeoning metropolis.

Yet, the growing congestion and proliferation of vehicles have resulted in deaths of 1.2 million people in street accidents worldwide in 2017. “People are exposed to risks to personal safety due to lack of adequate, safe and enjoyable infrastructure  and facilities for pedestrians.”

Luspo feels, to our total agreement, that voters should demand from their candidates running for mayor, vice mayor, and councilors as to their commitment to “pedestrian safety” and whether they will come up with legislation and search for funding and implementors to execute the pro-pedestrian projects.

Tagbilaran will soon burst through the seams in business and population- that we cannot have “just more of the same.”There has to be street reconstruction and the expansion to the suburbs should be predicated on the primary importance of pedestrian welfare.

Even those in big  Bohol towns now- they will shortly grapple with the idiosyncrasies of a busy metropolis- and they must design their streets not thinking of the present but more so of the future. Anyone running for office that does not have a game plan for this does not deserve one’s vote.

After all, the environment is not just related to climate but to streets as well which is our most intimately used place after our homes. They should be user-friendly, especially to pedestrians.

The candidates should be able to converse on this issue with a heightened sense of urgency.

When the City of Tagbilaran plans for the future it should consider its long term goals to approximate more congested metropolitan areas in the world. There are needs to design signs and humps to lower speed of vehicles and raise pedestrian crossing facilities through overpasses.

Complete street planning includes bicycle lanes and boulevards and designs pedestrian sidewalks to boost the local economy. When pedestrian lanes are well, people leisurely walk through from shop to shop and enhances the local businesses.

More and more safety hazard signages will have to be erected to make the stakeholders of street life interact with each other better for their safety.

In the BAPS presentation, some practicable ideas have been advanced for pedestrian welfare. Among them: accessibility ramps widened pedestrian crossings with signages even for visually impaired individuals, seating chairs along waiting sheds(perhaps);

Pedestrian refuge islands, free water fountains for (the thirsty and the elderly), adequate areas for protection versus extreme weather conditions like strong rains and win and intense heat and “pedestrian countdown signals” when the movements are managed by time-and-motion studies.

Janette Khan said it well:” Last century, streets around the world were made for automobiles. Wider lanes for vehicle traffic and little room for people-dividing cities and creating dangerous congestions.”

In short, we can no longer urban plan our communities with our 21st-century streets based on 20th-century realities of demographics. Let us support the BAPS.