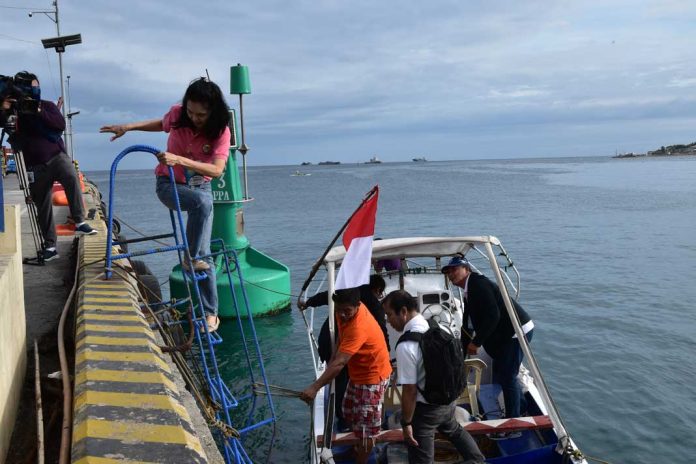 City health authorities upon orders of City Mayor Felipe Remollo banned two ships that sailed from China from docking and prohibited the crew from disembarking at the City’s pier, Wednesday.

PPA berthing master Jerson de Jesus however said, this, despite their self-quarantine made during their 14-day voyage direct from China.The ships were actually floating barges that were towed by two tug boats from China.

These barges were  bought from China by a local businessman , de Jesus said. It could be used to load cargoes for soil transport from one island to another.

This decision was reached by Mayor Remollo to promote and preserve public health of the citizens, which was supported by the Philippine Ports Authority.

Instead, medical officers from the City Health Office and the Bureau of Quarantine including the health workers from the Integrated Provincial Health Office boarded the ship that sailed from Taizhou China to check on the 11-man crew’s health conditions after dropping anchor at the Dumaguete Bay, Wednesday.

City Health Officer Ma. Sarah B. Talla reports that the 11 crew members, all Filipino, showed no manifestation of signs and symptoms of fever, cough or colds.

Talla added that the crew left Manila for Shanghai on January 18, 2020 and arrived and presented themselves before the Chinese Immigration in Taizhou, China.

They immediately boarded and stayed in the ship identified as IMC-18 from January 19, 2020 until January 22, 2020 when they left the port of Taizhou for the Philippines.

The vessels, composed of a tugboat and two barges, arrived today February 5, 2020 and dropped anchor at the Dumaguete Bay.

As soon as the documents for the conversion of the hitherto Chinese ships registered in Ballise,  to vessels under the Philippine Flag, the entire crew were to  leave Dumaguete bay for their next destination as soon as possible.