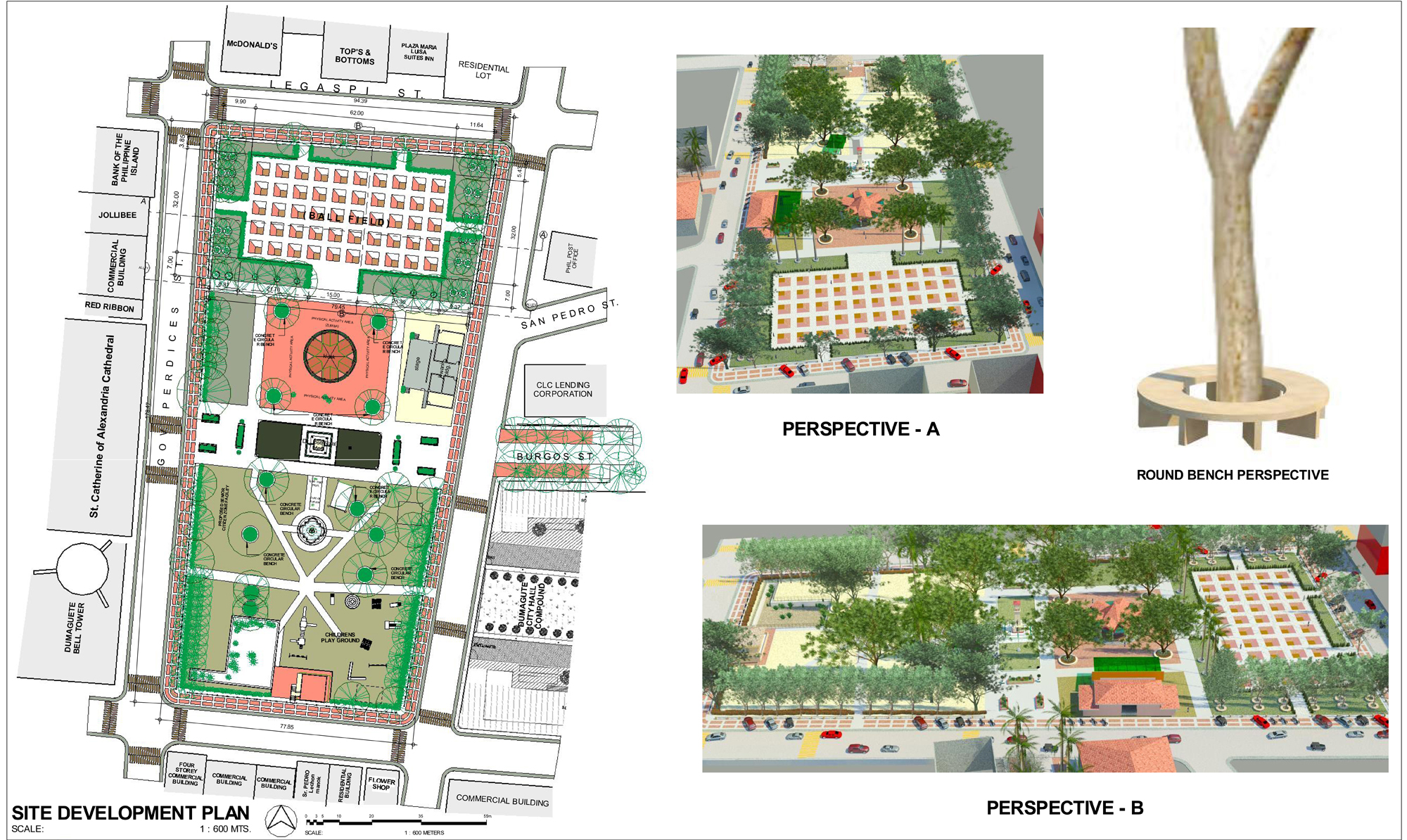 The first ever major rehabilitation works have started for the century old Manuel L. Quezon Park with an appropriated budget of P 5, 272, 570.00.

This project is separate and distinct from the one focused on restoring the monument of the national hero Dr. Jose Rizal located in the center of the Quezon Park. Restoration works will begin next month (February) that will cost P 700, 000, more or less.

Mayor Felipe Antonio Remollo approved the project that will include construction of concrete benches, laying of concrete pavers, landscaping, tree-planting and electrical works with LED floodlights, among other civil works.

The City Engineer’s Office prepared the plans and design of the project that will improve one of the city’s heritage sites located at the heart of Dumaguete.

The present administration has aggressively undertaken major restoration and preservation projects for the first time in decades for the Quezon Park, the Old Presidencia (City Hall) and other heritage sites to inculcate pride in our rich culture, arts, history, tradition and identity as a people for the appreciation not only of the local residents but also tourists.