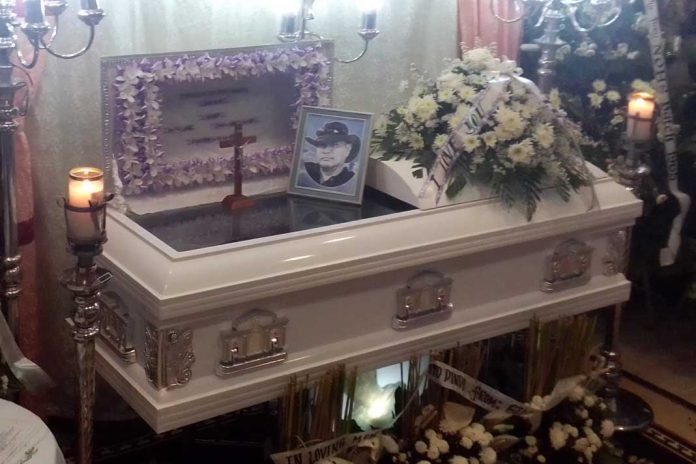 Broadcaster Mercidarius Dindo Patrimonio Generoso, 67 a true blue Dumageteño, who grew up in the streets and shores of Dumaguete, was interred yesterday Nov 16 afternoon at the Dumaguete Memorial Park with hundreds of sympathizers who condemned his brutal and senseless murder by a coward who hides his face and  had to hire a killer to raise an equally senseless point .

The Diocesse of Dumaguete led by Bishop Julito Cortes (photo at right) and Diocesan Schools Supt. Enrique Balongag, Dindo’s second cousin, who celebrated the funeral mass, enjoined  the people both the public and private sectors in condemning the attack  on  Dindo, who was a moderate but strong-willed journalist who stressed his point in simple but impactful ways.  This earned him the patronage of thousands of listners over his radio program “Konsensya sa Provinsya” over DYEM FM Bai radio 730am. Mon-Fri.