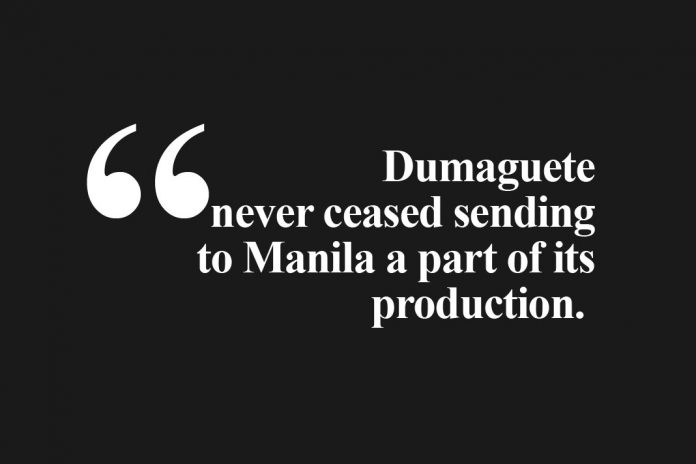 Here are significant figures and why they matter. History of Negros (1980) illustrates:

However from 1856 a change occurred. The shipments to Iloilo constantly increased while the shipments to Manila did not increase and even tended to decrease although they never completely disappeared.

Dumaguete never ceased sending to Manila a part of its production. The high prices paid for sugar, abaca, bayongs, coconut oil and other local products allowed shippers to meet the costs of transportation and still make a profit. In 1862 inter-island vessels carried to Manila 12,272 piculs of Negros sugar and in 1863, 12,474.

The lack of confidence on the part of foreign merchants in Manila, the opposition of local shipping companies who were interested in inter-island shipping and the poor harvests of 1856, 1857 and 1858 delayed for a few years the beginning of exports from Iloilo.