DUMAGUETE CITY – Travelling by private jet, braving the foul weather, the main team of the Presidential Task Force on Media Security, in Malacañang visited the wake of murdered broadcaster  Edmund Sestoso last Thursday. They had one focused mission: a  non-solution was not an option.

As stakeholders in this dangerous game of journalism in the Philippines, we opened our eyes and observed close range how the task force delivers its job. After a very brief press conference, the TF immediately closed the door and conducted a security briefing among all law enforcers, the PNP,  NBI, the army, coast guard, the intelligence community and selected local officials.

Heading the presidential task force on media security is Joel Syegco who is himself a former newspaperman. Also here was long the friend  Communications Sec. Martin Andanar who also talked privately with Sestoso’s close allies in the media.  The NBI was also prominently given a role in further surveillance on persons in interest. Informants told the task force about the exit of the gunman right after the shooting. He could also have been eliminated, they said.

Insiders  also said that the law enforcers were focused on common possible suspect/s  or person/s in interest. Although there were a variety of possibilities.  But definitely, organized crime syndicate was a big factor in interest.

The local media flooded Malacañang with urgent messages  asking Pres Duterte to lead in the investigation prompting President Duterte to immediately react and dispatch  his main task force on media security on board a private jet to Dumaguete.  For this we thank the President for no President has ever reacted with speed and dispatch and with apparent seriousness to get the suspects to justice.

One thing we say about Duterte’s people:  they are quite maka-massa. While palace  people (before)  used to be aloof when they come to the provinces,  the Duterte team is different. They always take time to stop and talk to anybody. Walay Pili for selfies and  fotos. We could not find this courtesy in past presidential teams.

Bong Go who is popular on TV was very accommodating. It reflects his simple kind of  breeding. It also reflects his bosses attitude to the massa.  This kind of team , like the Degamo team  which is also maka massa , is hard to defeat in an election. Moreover, they always give money to the poor .  Finally Ipe Remollo is  learning fast how to appear and act  maka-massa.

We learned that Duterte has assured the college education of Sestoso’s children. How their mother beamed despite the sorrow. PRDD also send boxes of gifts to the family and children. These little things mean a lot to little people.

On the contrary, we in   the local broadcast media have long conducted several simulcasts in the past, long before the advent of cell phones which make inter-active slots more possible today.  In fact, local anchors in each station were also able to inter-act with other stations. But yes, this is the first time a simulcast covered as media tragedy; We pray to God to spare the local media who are  to carry on the torch of freedom here in Dumaguete.

Money talks and if Duterte’s task force will fund enough this operation, the suspects and master mind they said will eventually be uncovered, in due time.

God sets the TIME of our lives.   He is in control. 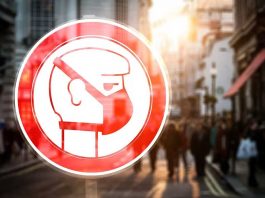 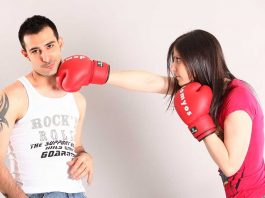