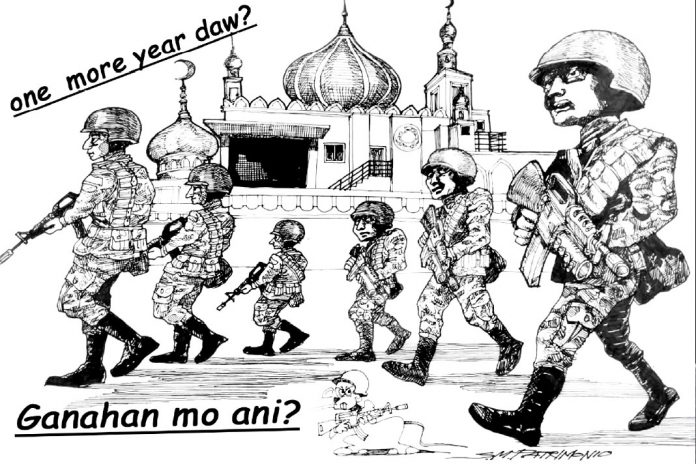 Extending Martial Law in Mindanao has its advantages and disadvan-tages. Worse if done nationwide.

First, the advantage is to positively pre-empt any attempt to overthrow the government especially under the secession movement which has several advocates. Second, giving enough elbow room to pre-empt the furtherance of the illegal drug trade. But if the enforcers are in cahoots with violators of the law, then forget Martial Law.

Its disadvantage among others  is that  we do not know the options of the military. They can have their own agenda in the guise of protecting the people from lawless elements. Another is going after critics and dissenters yet using legal means. Like killing a suspect saying he/she resisted arrest. Who is the witness? Wala. Like raiding and  planting evidence just to silence a critic or file tax evasion cases to silence the legitimate press. In short, using legal means to pursue a nefarious end is a no no.

Yes, Marcos lifted Martial Law, but  WITHOUT  lifting it at all because his warrantless arrest and search  order  (ASO) remained until he was ousted.

So extending or lifting Martial Law in Mindanao or extending it nationwide has its pros and cons. Hard-headed criminals and incorrigible corrupt officials, legislators even those “hoodlums in robes”  need to be put under Martial Law.

But killing innocent civilians like young Kian, the desparecidos as in Burgos et al., killing a suspect inside his cell, if under ML is not favored.

So, Martial Law, anyone? Sure, but whichever way you look at it, it would depend on the beholder and to which gods you are beholden.