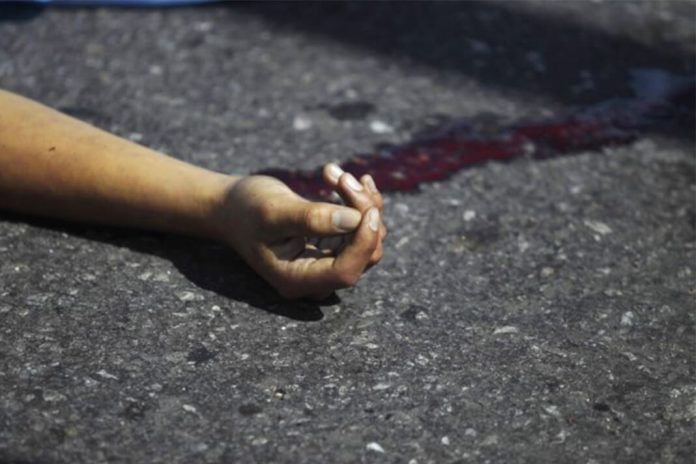 DUMAGUETE CITY – What lead four men in hood and helmet riding in two bike tandems to apparently overkill a neighborhood character whom police tagged as a notorious akyat bahay personality? It would only have taken a bullet or two to finish the guy by extrajudicial killers, but no, the non-armed lowly victim riding on his lowly bicycle early morning was pumped with at least nine bullets which police described as a killing with impunity or a case of an overkill.

This is what the Philippine National Police in Dumaguete is digging deeper into, regarding the shooting to death of that suspected thief in the neighborhood of Barangay Piapi early Friday morning. By standers who saw the aftermath described the killing as an overkill. Why the apparent overkill? That’s what chief of police Psupt Jonahan Pineda and his investigators are trying ti find out.

Accounts of the security guard of One Bethany disclosed the riding in tandem suspects, wearing shorts and covering their faces with t-shirts was waiting for the victim to arrive at the crime scene in front of Joe Cres store and shot him with the use of a Cal. 9 mm pistol then fled towards the east. At about 50 meters, the suspects made a u-turn went back to the crime scene and fired at the victim ones in close range with the use of cal. 45 pistol, as evidenced by the recovery of one empty shell of cal. 45 near the body of the victim.

Few minutes later, the police was informed that two other vehicles were also hit supposedly by stray bullets about 50 to 75 meters away from the crime scene, a mini van parked at the right of the road facing east and a Toyota Vios which was parked inside the garage of the Coppin family.

Investigators are puzzled whether the same suspects are responsible for the crime that hit the two cars, and that it failed to hit their target, instead hitting the two vehicles parked at the other side of the road.

Police basing their report on a CCTV footage believe there were actually four suspects in the shooting incident early Friday morning hitting the said neighborhood thief.