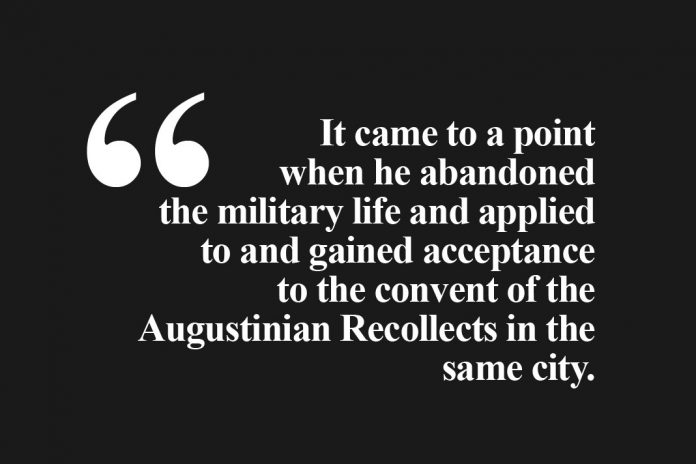 All roads led to Amlan last week celebrating the town fiesta in honor its patron saint, St. Andrew the Apostle. From near and far, pilgrims could identify on the church façade the markings: 1880, FMV Fecit (Fray Manuel Vilches, the church-builder in 1880).

The following are other Latin markings on the façade: “Venite, Orate, Filii Mei, Videbetis Quam Bonus Est Dominus (Come, Pray, My Children, You will see how good is the Lord).

Manuel Vilches was born on 26 August 1820 in Puerto de Santa María, Cádiz, Spain. Although a soldier when he was a young man, he answered the calling to the religious life as an adult.

Having a strong inclination to the religious life, he did ecclesiastical studies for some years. Stationed in Manila, he also pursued other related courses during his free time.

It came to a point when he abandoned the military life and applied to and gained acceptance to the convent of the Augustinian Recollects in the same city.

An adult, Fray Manuel Vilches de la Concepción made his religious vows on 29 December 1954 at 34.

Ordained a priest in May the following year, he was sent to Dumaguete in the province, at the time, of Negros Island to learn the Cebuano language under Fray Antonio Úbeda, its parish priest.