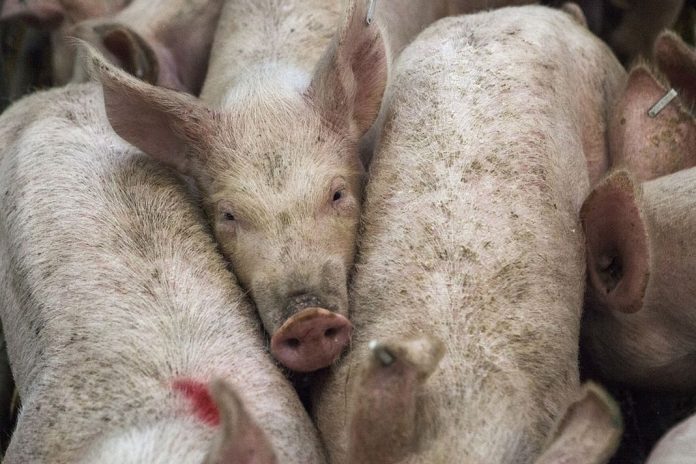 NEGROS ORIENTAL, Sept. 17 (PIA) – Gov. Roel Degamo has issued an executive order (EO) prohibiting the entry of live animals and meat products in all ports in the province.

This even as the African Swine Fever ASF only contaminates  hogs or pigs , yet other animals can become  live carriers of the ASF virus.

With the suspected cases of hog deaths in Luzon due to the African Swine Fever (ASF), Degamo has enjoined government agencies as well as local government units to enforce laws and ordinances to prevent the entry and spread of the animal disease.

Animals and its meat products coming from other parts of the country are allowed to enter the province as long as these have the required documents from the concerned government agencies such as Veterinary Health Certificates, Meat Inspection Certificate, and shipping permits, among others, in original copies.

The order also prohibits travelers from bringing in meat-related food products, frozen boar semen, and pork products without corresponding shipping permits or which are not voluntarily disposed upon disembarkation will be confiscated.

Shipping companies and airlines are also ordered to strictly comply with the required documents and are urged not to unload any food waste in any ports in the province.

Moving cargoes carrying live hogs that fail to comply with the “foregoing documentary quarantine requirements shall be stopped and refused disembarkation at the port of entry and shall be shipped back immediately to its port of origin,” according to the EO.

With this, an Integrated Provincial Animal Disease Prevention and Control Task Force was created on Sept. 2 to address the outbreak of ASF in some neighboring Asian countries.

Degamo, in the EO, stated that there is a need to protect the swine industry in the province considering that it will affect more than 310,626 households in six cities and 19 towns valued at more than P6 billion.

Even though there have been no reported ASF cases in the province, the provincial government here together with other agencies doubled their efforts to prevent the entry of the hog disease.

The Food and Drug Administration has earlier issued an advisory warning the public on the purchase and consumption of processed pork meat products from countries identified to be affected by ASF. (jct/PIA7 Negros Oriental)