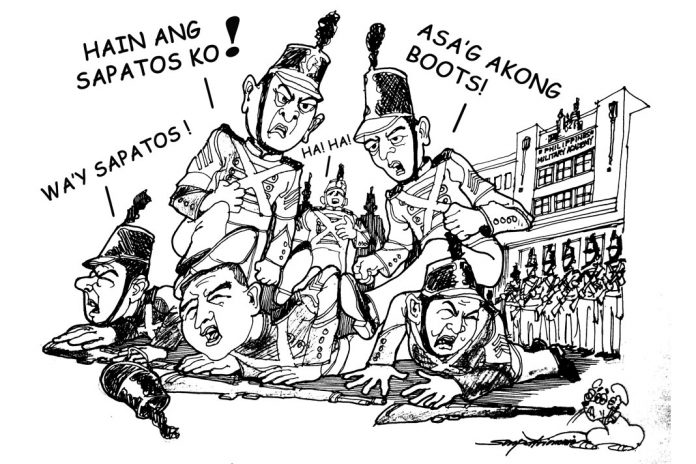 One more has been murdered and two are hospitalized due to  the renewed incidence of fatal hazing in the Philippine Military Academy.

Why is PMA as  the premier military academy tolerating the killing of their cadets when these young officers should be the cream of our future military?

There must be some lunatic  tolerating other lunatics inside the military academy  who would not mind killing  their own cadets thru hazing.

Why inflict physical harm instead of instilling physical stamina and endurance ? We find this crazy and we are glad the PMA Superintendent  and his officers have resigned and some  have been suspended.

It is high time resignations should  now be the  new normal, in  pre-empting   long  and corruptible yet protractive  investigations!

Our point today is for our Congress to amend the hazing law and make “hazing resulting to homicide” categorized as a heinous crime.

Murderous hazing  should now be amended and elevated as a non-bailable high crime similar to illegal drugs, abortion, murder, plunder and the like, that should be meted the maximum penalty without chance of gaining points for good conduct whatever.

We don’t mind those hazing, but only  to the point of physical exhaustion or endurance. Be it in the metro or in the provinces.

But hazing resulting in physical damage and harm , and worse death, is not only stupid but  crazy  and heinous,  and the initiators should be prosecuted, and convicted and meted with the highest penalty possible.

We urge our congressmen to make an urgent amendment ot the hazing law.