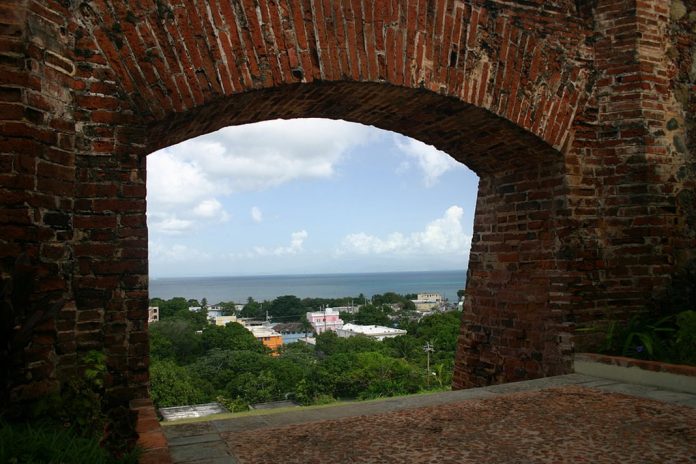 It seems there were these islands in which the United States had some interests. The islands had once been the possession of Spain but we won them in the Spanish-American War. Later we built and occupied military bases on these beautiful lush green islands filled with equally beautiful brown skinned people. From the beginning there was trouble. These proud people demanded to be free. Our two cultures clashed on many levels. There was strong resistance to American dominance of their economy and territory. They also object to “Gringos” marrying their beautiful young women. They even tried to assassinate a United States President!

No, it is not the Philippines. I refer to the island of Puerto Rico and her sister island, Vieques.

For years the people of Vieques have fought to eject the US Navy from their little island. After years of demonstrations and arrests Congress decided to pull the Navy and return the island to Puerto Rican control.

Always be careful what you wish for, you may get it. On the main island of Puerto Rico the Navy has a huge complex called “Roosevelt Roads Naval Air Station.” It employed over 1,200 civilians. There were over 700 military families living and working in the area. Each year they pumped 300 million dollars into the local economy. Entire Puerto Rican communities depended on “Rosy Roads” for their existence. Because we no longer test our pilots and equipment on Vieques, the US government decided they no longer needed this expensive facility and closed it.

Suddenly the Governor, Sila Calderon, held a news conference in San Juan, protesting the base closure and stating, “The people of Puerto Rico don’t now nor ever did want to close the Vieques bombing range or the Roosevelt Roads Naval Air Station. We are interested in both staying in Puerto Rico.”

The questions remain: When the Philippines ejects the American military, who will be punished more, America or the Philippines?  Are the few centavos you get from China worth the pesos the United States spends on the Philippines annually? Will China come to the aid of the Philippines during a natural disaster to the level that America has in the past? China is already stealing 17 trillion dollars’ worth of Philippine oil. How long before they steal other resources from the nation?