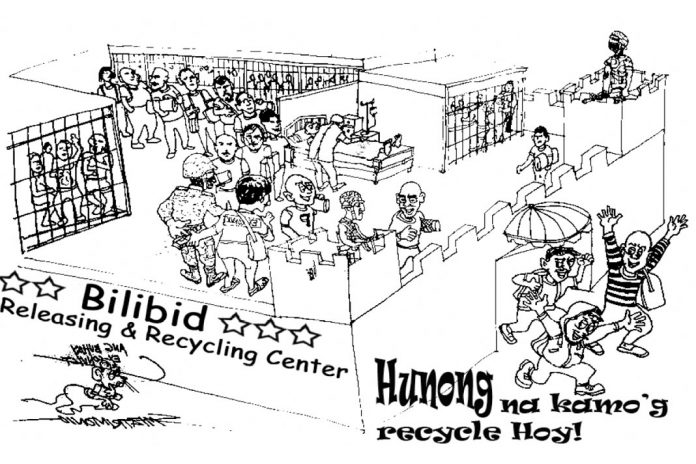 Is a government official who fails or neglects to perform his or her mandated duty criminally or administratively liable?

Yes, says the Secretary of Justice in the case of resigned Police Chief General Oscar Abayalde, by command responsibility.

And No says LtCol Joseph Orsos CIDG lawyer for whistle blower Gen Magalong…. since evidence at hand is circumstantial without a strong single direct evidence against Albayalde and…in criminal cases what is needed is evidence beyond reasonable doubt.

We do not want to pre-judge General Alabyalde . Let the courts take its due course.

What is important to the people is that HENCEFORTH THIS RECYCLING OF DRUGS BY NINJA COPS MUST STOP OTHERWISE PRES DUTERTE’S WAR ON DRUGS IS NOW MADE A MOCKERY.—IT BECOMES A BIG STUPID CAMPAIGN.

Policemen are busy arresting, killing drug suspects whom cops claim as resisting arrest… …and yet, some ninja cops ( a police term for officers who pilfer and sell seized illegal drugs ) are busy recycling and re-selling captured drugs into the black market which makes the anti-illegal drugs campaign of the President a big laughing stock by his own policemen, whom Duterte has endeared so much, not knowing that yet another monster was indirectly born out of the honest intentions of the anti drug campaign.

On the other hand, by Albayalde’s statement that “konti lang naman ang parti ko” means he received fruits of the crime. Then he requested not to investigate or hold the implementation , he is liable for obstruction of justice receiving fruit makes him also either principal, accomplish or an accessory…

Under administrative law, Albayalde could also be liable for command responsibility and gross negligence in the supervision of his subordinates.

The big question is: how can one be sure that a similar if not worse situations are not happening in other provinces and cities?

It’s so simple: in ten raids or buy busts, what can stop the ninja arresting officer in two instances from secretly threatening the suspect of a higher penalty, unless he shares half or a third of the drug haul with the ninjas?

Then in a reverse situation, they will also use confiscated drugs in planting evidence upon suspects who continue to elude arrest? These are all REAL possibilities…and should not be ignored.

Do you still think that drug recycling is happening only in Luzon and not in the Visayas or Mindanao? Do you still wonder why Vice Pres Robredo says that drug addicts have even increased in number despite the relentless bloody anti drug campaign?