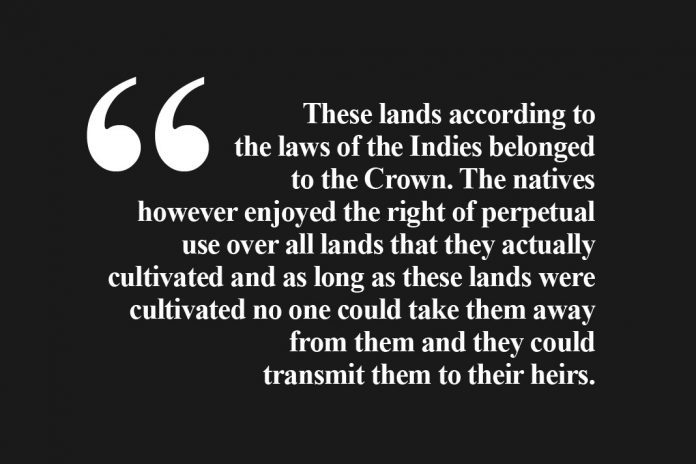 The acquisition of lands in order to convert them into haciendas was not a problem. There were magnificent empty spaces in Negros even right next to the towns.

These lands according to the laws of the Indies belonged to the Crown. The natives however enjoyed the right of perpetual use over all lands that they actually cultivated and as long as these lands were cultivated no one could take them away from them and they could transmit them to their heirs.

In theory the rights over a given piece of property were lost as soon as the holder ceased to cultivate it. But in practice the natives looked upon themselves as true owners of these lands and considered that they did not lose their rights by abandoning the lands.

On or about the end of the eighteenth century the Madrid government wished to encourage private property so as the better to promote agriculture.