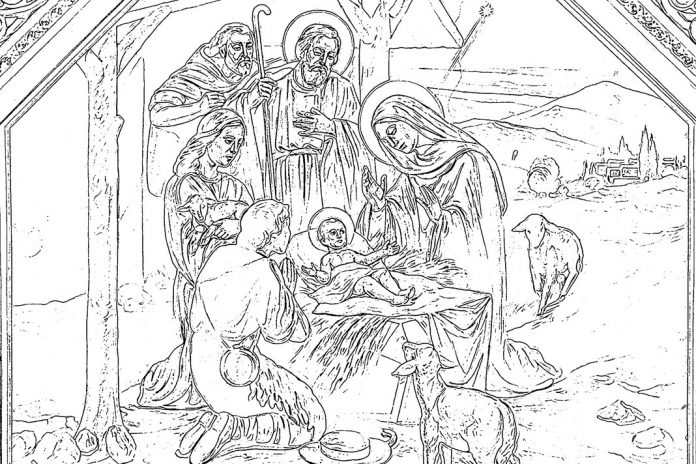 All over Scriptures these days of the Season, the issue of Mary being impregnated  by the Holy Spirit of God has been repeated many times in the Gospels. Her reply that changed the course of the world: “Behold the HANDMAID of the Lord, be it done unto me according to Thy Word.”

All over Scriptures from Genesis to Revelation, Mary has been revealed as the poor yet  genuine handmaid of the Lord. –translation, Sologoon sa Ginoo.  Not a queen that commands from a high  throne as the depicted by the Church.  Mind you, we are Catholics and we do not want to be mis-construed as anti. We venerate Mary, and we are devotees to the Rosary.

Over our daily readings of the Holy Bible, Mary is depicted as the poor humble, loving,  obedient, trustful, firm, compassionate, mother of Jesus. Being full of grace, God picked her to make Jesus be born as an ordinary poor  human being , so he will die for man’s sins because He so loved the World. She was God’s genuine handmaid. She is clothed very simply in the Bible,  and not like a multi-jewelled queen of sheeba.

Our Daily Companion last Thursday described Mary , mother of Jesus, (whose birthday we commemorate on Tuesday the 25th) as one who made her “simple acceptance to God’s will, she does not draw attention to herself,  even when she was told she was to become the mother of the Son of God. She worked silently in the background of the Church history,  a very obedient servant  to her Son’s commands.”  None about a queenly state.  Like Jesus,  Mary was a very unassuming human being which  hopefully every man and woman would  emulate.

We would rather regard the human-mother of Jesus as the lowly, humble, compassionate, and loving servant of the Lord, because by then, she can now relate to most human beings.