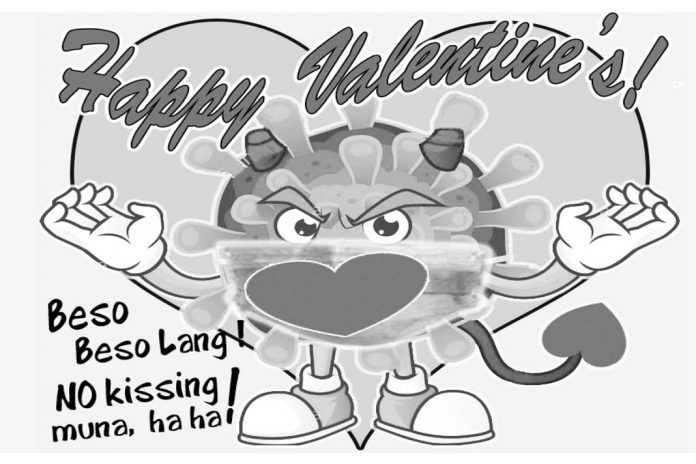 Love is a decision. A decision to love the other person above oneself. For there could be one hundred reasons why another person can become less lovable.

To love in spite of these reasons is therefore an act of the will. It is a decision. Love is sometimes volitional rather than emotional.

After years of relationship, we often hear of couples swearing they had fallen out of love.

This is because we all are victims of the myth of fairy tales which always ends with the partners living happily ever after. Snow White refuses to acknowledge that Prince Charming has some traits of  the wicked witch and that conflicts are signs that the relationship is not working. She therefore wishes the frog had remained a toad.

Falling in Love with all its fireworks is not the same as staying in love. The first is effortless, the second a litany of work and sacrifice. Once one grasps the ephemeral, temporary nature of falling in love – – the opportunity for genuine love begins.

Scott Peck wrote that love can exist without the feeling of love as when a partner acts lovingly despite the fact that he does not feel loving that marks the beginning of the work of its marriage, not its end.

When it comes to love, cliches abound. The facetious say that love is an island of emotions surrounded by a sea of expenses. On the other hand, it is the one who loves money who never has enough. The first million only whets up the appetite for two or more millions. The Joneses are always better. Try telling that to Gordon Gekko of Wall Street though.

People who mistake money as an end rather than a means to a goal suffer the fate of feeling loneliest when they are on top. Why did the billionaire Howard Hughes (insulated with much wealth) become a recluse and shot himself? And Marilyn Monroe?

A worst kind of love is called narcissism or self-love which can lead to tragic ends. The word is coined from the Greek god Narcissus who had such attractive physical attributes that he spends the whole day admiring his reflection on the river. One day, while adoring himself, he slipped into the river and drowned himself.

Yet the poets say it all: The only misery in the world is not only being un-loved -but in not loving.  Or that the true measure of love is to love without measure. And so on.

The Prophet Kahlil Gilbran poignantly admonished lovers: Fill each others cup but drink not from the same cup……

Further, Kahlil says: Lovers must not gaze into each others eyes but look forward together in the same direction.

For true love is not possessive: It loves unconditionally even at the risk of losing ones beloved. Barbara Streisands song lyrics sum it all up: Loving someone means setting him free. If he comes back, he is truly yours; if not, then he was not meant to be, in the first place. Or words to that effect.

Wayne Dryer further quoted: Love is the ability and the willingness to allow those that you care for to be what they choose for themselves without any insistence that they satisfy you.

On the other hand, a man who truly loves is not a fearful of death but acknowledges the possibility of the latter as a constant companion. The certainty of death defines the limits of his time and of love and therefore guides him to love his best here and now.

Even some animals love instinctively notice how dogs best friend) will die defending their masters. We heard of an old story in Tarlac where an ordinary street dog (asong kalye or askal, not the football team) befriended a house cat and they were always together in the house thereafter.

Story has it that the street dog became very sick one day. The house cat slept by his side, licking the dogs fur until the dog breathed its last days after. Now who says cats and dogs always fight? Much more is expected from human beings who were created in the image and likeness of a Loving God.

Meantime, love of country is one of the noblest kind of love for it encompasses a wide sea of humanity, strangers mostly, and requires a dedication that borders on martyrdom. Stories of heroes have filled our history books and accounts of bravery and patriotism continue to edify the living far beyond the heroes death.

Happy therefore is the individual who sets aside his lucrative career and suffer the path of honest politics” for the betterment of others. Happy, too, is the man whose financial goals are aimed at providing the best education for the children and to afford him the time and luxury to help his community when he is made.

Some say that everything we need to know in this world, they taught us in kindergarten. There, we were taught to love people and life without reservation and pray to our God like fully trusting child. Adult education scares us about people who take advantage and a vengeful god who will only be actively looking for violators to punish.

The Greeks, on the other hand, distinguish between two kinds of love: eros which is love for those we are attracted to and agape which is to love a person for what he is and he is not. This kind of love does not demand reciprocity it is by itself complete and indivisible.

The mystery of love is such that is self-replenishing: the more one gives love, the more enlarges rather than diminishes the person. Often, it is the person who seeks to be loved who does not find it and those who love others enough to forget themselves who eventually become lovable.

I have discovered that the opposite of love is not hate but fear; Fear of being rejected, fear of loving too much so as to suffocate the loved one. It is part of the tragedy of our times.

There is so much mystery in the thing they call love. After all it is not a problem to be solved but a mystery to be lived.

It is worth pondering on these thoughts as we celebrate Valentines Day for this love month of February.