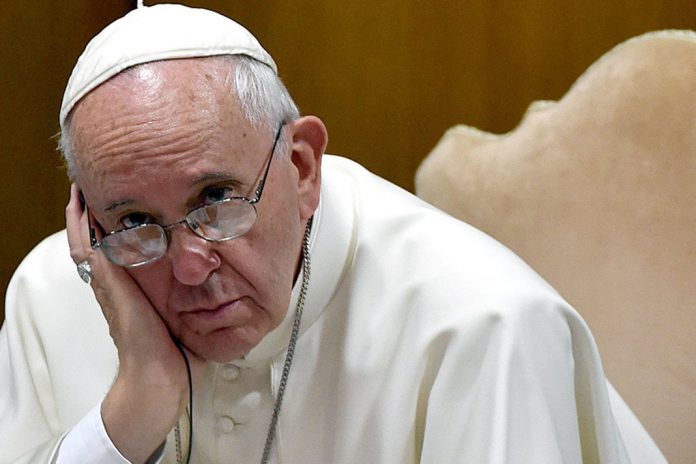 THIS IS A CONSTRUCTIVE PIECE.

If the Catholic Church is serious in solving their centuries-old sex scandals which is said to run by the thousands, all wrapped up and covered up,  it must decide on two major options:

1. Make Celebacy optional; and 2. Make a definite stand on priests and nuns who identify themselves as LGBT. Will LGBT be  allowed  to join the clergy and sisterhood? Church must make a decision. There must be NO discrimination, only rightful regulation.

Last Monday, no less than the TREASURER of the VATICAN, the No. 3 man in the Church hierarchy, was convicted for child molestation. One could say that not only is he a pedophile, he is also a homosexual.

If altar boys are molested by priests then  they are homosexuals. Let the Church define what the Bible says on Homosexuality and Lesbianism so the Church will either RETAIN  or DISMISS THEM IN clergical and religious practices.

We are not prejudging them. We Are ASKING THE CHURCH WHAT THEIR OFFICIAL STAND IS on this issues. It has embarrassed the  majority who are  innocent within the Clergy. It follows that the Church must now make a decision what to do with the minority black sheep. Slaughter them, as many parents of victims would like, or fire them? Sue them? Jail them?  Pope Francis didn’t specify.

It is easier said than done.  Where will the priests  with wives live? Definitely not in the convent. They have to rent or build a house. Where will the priest get the money to build his house with only P10,000 in monthly stipend.?  A  married pastor drives a pedicab and earns,  while answering sick calls thru a cell phone. Good.  Will a priest do that?

If celibacy is optional, priests will be allowed to court and date their girl friends. Or drop them.   Openly? Secretly?

Suppose the married priest has children and gets sick, do not expect the Church to spend for him because that is a private matter. Maybe they can have a health plan or insurance.  This will cost money in the millions.

Celibacy is like the forbidden fruit of Eden.  The more you prohibit, the more some priests are curious and attracted to try it. Like Adam and Eve who in their prefecture, even fell, how much more  a priest who is not exempt from sin? And many of whom live ALONE in some  far away lowly  convents.

Definitely if the priests can opt to marry, they must have some family welfare fund and that will cost the diocese and Church a lot of money. The Church will be poorer if the priests will spend for their families and continue evangelizing. How will a priest send children to expensive college schools?

Suppose there is a sick call  and the children or wife of the priest have dengue and are hospitalized, will he leave the family and answer the sick call or anoint the dead?  Which will come first: family or mission?

How will the properties of the priests be divided if he has a family? Naturally, he will have to pay income tax if he has a business or a salaried position. Then estate tax, property tax…professional tax…. His economic status is bound to go down. He will have to sell his Montero or his Fortuner and settle for a cheaper vehicle. No more luxury. Or he can be a philosophy  teacher on the side-line. Or a Chaplain…whatever. Well, St.  Peter and company were fishermen.

Suppose the wife of the priest wants him to quit and find a better income job, how will the poor priest respond? Resign? Leave his parish?  Can a priest divorce his wife in case it is legally allowed in the future?

See ladies and gentlemen, it is easier to run away from “the girls you loved before” than embracing optional celibacy.  It definitely has its costs. It is an attractive option so a wife will watch  or guard  her husband priest from doing hanky panky… And watta cost!

Hey, I was a seminarian for five years. I was also an altar boy as a kid. I know the life inside the seminary.   And I decided to quit and serve God as a civilian, or what they call the LAITY.

About time to let the     LAITY SERVE the administrative duties of the diocese as volunteers and let the priests focus on purely priestly duties like  baptize the people,  consecrating the host,  administer the sacraments, anoint the sick, bury the dead, conduct teachings, counselling, and the like.  Isolate them from temptation. Pity them. Please never condemn them. They are also equally  loved by God, save those molesters (of Duterte) of minors, of others.

Finally make no mistake , Duterte does not hate the Church, he hates only his molesters as a teenager before. He must name them, charge them, jail them,  and save the innocent  clergy from unnecessary embarrassment.