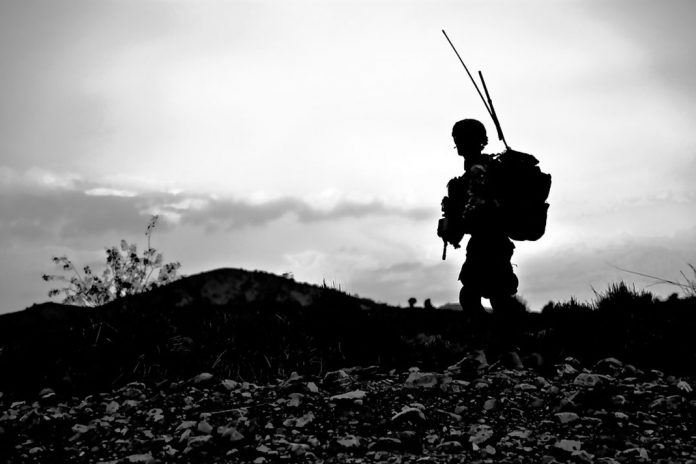 There is persistent talk in Malacañang circles that anytime, President Duterte will declare Martial Law in Negros Oriental in view of the unresolved spate of killings which has already run for over a year.

But the President is listening to the local government leaders of Negros who generally do not favor a province-wide Martial Law declaration because the real problems are mostly in the first district only.

President Duterte wants to get to the bottom of things without putting the province under Martial Rule where the military will take over the police.

He has ordered Col Angelito Dumangeg , deputy Central Visayas operation police director to take over Col Raul Tacaca who has been relieved to give way to a deeper probe.

Gov Degamo does not favor a province-wide Martial Law. The same sentiment is shared by Dumaguete Mayor Felipe Remollo, most local government units in the province, the Diocesan clergy, and the academe.

One of the problems identified is that in the first district, the local government seems to lack the necessary force to effectively enforce peace and order, leaving it to the police personnel who mostly do not even know the terrain and people.

For instance, in the city of Guihulngan, its local government has not effectively addressed the problem of criminality which resulted in the killing of six policemen including its chief of police the other year.

In the case of civilian assassinations, private issues against civilians have been taken advantage of by protagonists who made it appear as insurgency-related.

The same goes with family problems that have turned deadly and criminal activities.  These have also been conveniently tagged by perpetrators as insurgency-related.

The NPAs have denied most of the civilian killings but they did claim the execution of police officers.  The rebels admitted this in a statement.

Brig. Gen. Debold  Sinas declared that officially, the PNP has tagged the NPA as having perpetrated the ambush of six police personnel and the recent murder of four more in Ayungon. The civilian murders were so-far tagged as  private crimes although the insurgency angle has not been discounted yet. The latest death toll post the murder of the four police officers is an alarming 18.

This includes the assassination of a school principal, teacher, lawyer, barangay leader, human rights advocates, businessmen, and even the former mayor of Ayungon who was past president of the mayors league.

After last week’s spate of killings, 17 unsolved murders have been perpetuated close to one after the other.

Presently the Armed Forces  is mulling whether to proceed with recommending Martial Law to Pres Duterte . If so, focus will be a total war against rebel lairs in the hinterlands of Negros island. It might not be good for human rights issues, the military said.

It is also known by the military that the Negros Occidental side is more infested with rebels than Oriental. So the dilemma is whether to put the entire island under Martial Rule. The border situation is that the rebels can easily crisscross the Negros borders to avoid areas where it is “hot.”

The general consensus among LGUs and the clergy from four dioceses in the province is for police control to be intensified in the first district towns without declaring Martial Rule.

Martial Rule in Negros Island is not necessary unless the police and Armed Forces believe that the present democratic rule is not able to quell the disorder.

As of yesterday, part of the group suspected to be behind the policemen murders have reportedly been arrested with charges filed.  The rest are reportedly bound to fall.  It is just a matter of time, authorities say.

Pres Duterte increased the bounty to P5Million for the capture (dead or alive) of the killers of the policemen of Ayungon and Guihulngan.

The Church held a multi sectoral dialogue at the Marian Center. Bishop Julito Cortes of Dumaguete Diocese said that the people need to do  their part in protecting life, and uphold justice and peace and not just watch on the sidelines.

Cortes added that the people should  take stock  in the killings and see how these have greatly affected the community.  ”Let us galvanize intersectoral  collaboration to support our local government in fulfilling its duties, conduct prompt investigation on these killings and bring the perpetrators to the law and give justice to the victims,” Cortes said.

Most proximate to the heat is Bishop Gerardo Alminaza who said that the military solution is not enough. He said that daily violence is perpetuated by an unjust and corrupt system that sustain the glaring social inequality, without a lasting solution to  the present problem.

The Aglipayan Iglesia Filipina Independencia called for justice to the families of those killed  and backed the resumption of peace talks.

Police probers theorize three possible motives of the murder of lawyer AnthonyTrinidad.  This included revenge by supposed victims of Trinidad’s clients; reprisal for Trinidad’s handling of CNN cases (CNN is the acronym used by the police to refer to the Communist Party of the Philippines and the National Democratic Front and NPA); and Trinidad’s role as lawyer in an alleged land dispute issue in Guihulngan. Trinidad lives in nearby San Carlos City. He was shot on July 23 after attending a court hearing in Guihulngan. He was with his wife, Novie, who was also wounded during the attack inside his car.