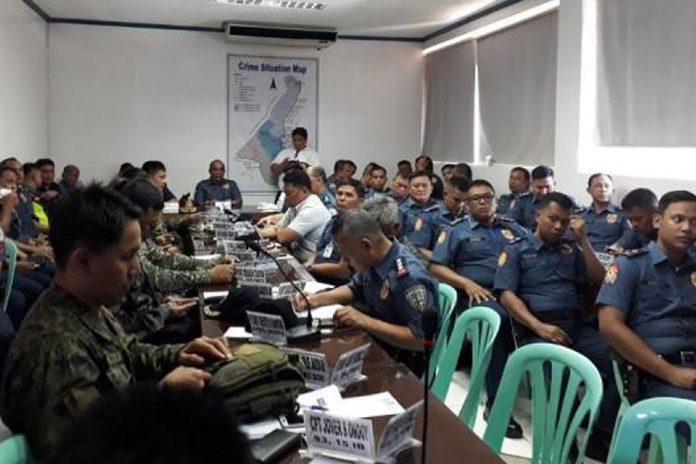 All has been quiet in the Comelec front in the entire province of Negros Oriental  except one case of withdrawal by a candidate for vice governor, provincial Comelec supervisor Atty Eddie Aba  reported to the CHRONICLE.

This developed as  unheard of comments  to ridiculous propositions were circulated about mass substitutions as the Comelec gave the final GO signal for some 700 local candidates to hit the track soon as the campaign period starts for the May 23 elections.

Photo above are files of  police stakeholders who met with Comelec and election- related officials in order to ensure a free, peaceful  and clean elections.

PS/Supt Raul Tacaca provincial police director assured that if the same situation prevails, the 2019 mid-year elections will be among the most peacefully held in years.

They said enough augmentation troops will be deployed with the arrival of special SAF team.