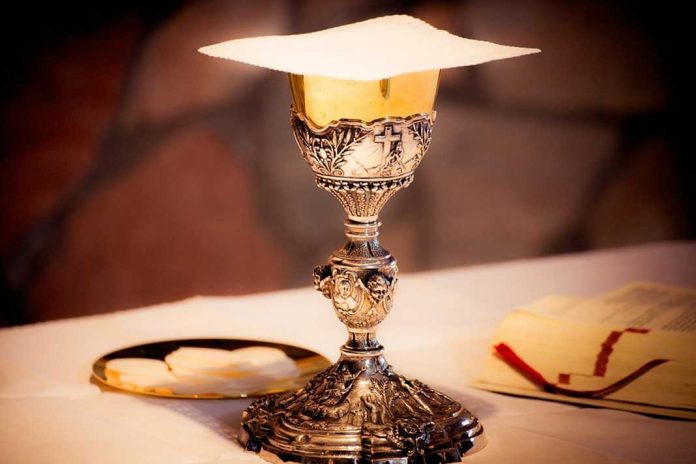 Through sacramental signs and the ministry of priests, we make Christ present, and Christ as he goes through his passion, death and resurrection that culminates and summarizes everything that he did and said for our salvation.

In the Holy Mass, we have no one less than Christ as both priest and victim, both offering and being offered as a sacrifice to God the Father for the salvation of mankind, or as ransom for our liberation from sin. It is the perfect sacrifice that fully satisfies or repays the debt we owe to God due to our sin.

There, therefore, cannot be anything more important than the Holy Mass. That is why the Holy Mass has been described as the “source and summit of Christian life.” St. Josemaria Escriva describes it as “the root and center” of the interior or spiritual life of a person. In it, we are made contemporaries of Christ and sharers in his supreme, perfect sacrifice that is most pleasing and acceptable to God the Father.

We need to realize more deeply this truth of our faith about the Holy Mass so that we can more properly celebrate or participate in it. If one is a priest who celebrates the Holy Mass, he has to realize that he is acting as Christ himself. He should lend all his faculties to Christ, so that despite his unworthiness, this most sublime reality would really take place.

The effectiveness of the Holy Mass does not depend so much on the disposition or qualities of both the celebrating priest and the participating faithful as on Christ’s power and merits.

If one is a faithful participating or attending the Holy Mass, he has to realize that he is joining Christ in that very act of offering himself to God the Father as payment for our sin. It is also our most excellent way of adoring God, of thanking him and petitioning him for some favour. As St. Pope Paul VI once said, “the Holy Mass is the most perfect form of prayer.”

Here are some powerful testimonies saints have made about the Holy Mass. St. Leonard of Port Maurice said: “The principal excellence of the most Holy Sacrifice of the Mass consists in being essentially, and in the very highest degree, identical with that which was offered on the Cross of Calvary.

“The sole difference is that the sacrifice on the Cross was bloody, and made once for all, and did on that one occasion satisfy fully for all the sins of the world; while the sacrifice of the altar is an unbloody sacrifice, which can be repeated an infinite number of times, and was instituted in order to apply in detail that universal ransom which Jesus paid for us on Calvary.”

St. John Vianney said: “If we really understood the Mass, we would die of joy.” The doctor of the Church, St. Gregory, said: “The heavens open and multitudes of angels come to assist in the Holy Sacrifice of the Mass.”

St. John Chrysostom said: “When Mass is being celebrated, the sanctuary is filled with countless angels who adore the divine victim immolated on the altar.” And apparently, one time, St. Teresa of Avila was overwhelmed with God’s goodness and asked our Lord, ‘How can I thank you?’ Our Lord replied, ‘Attend one Mass.’”

There is no doubt that celebrating or participating in the Holy Mass is the most sublime moment we can have on earth!