MUSIC, LAUGHTER, AND JOY – are part of the Legacy singer Rico J. Puno will forever bequeath on the nation. We who are also in the radio business-know that well enough.

His forty years in the business seemed not enough. He was scheduled to do a show soon at the 5-Star Solaire Casino Hotel with Giselle and Marissa Sanchez.

It was not meant to be. At 2 in the morning of October 30, Rico J breathed his last at the St. Luke’s Hospital at age 65 and four decades of showtime with Mr. Total Entertainer, Mr. Showman, and the OPM (Original Pilipino Music) King.

Music kingpin Vic Del Rosario says “there will never be another Rico J,” He was a class by himself- a sui generis. On stage – he was all charm, wit and loquacious and loved his audience to death. “Only death can take away the microphone from me”, he said.

Living, loving, performing hard in high-octane regularity for four decades may have caught up with the man who had a triple bypass, an angioplasty and attached to a heart pacemaker in the last three years. In his last foreign gig in Las Vegas, we noticed some inability to use his breath to catch the high notes and the former live wire would sit for moments to rest.

We do not know about the rest, but it seemed to us Rico J was not to last long at that point.

According to a musical genius with a load of credentials, Rico’s raw, husky and raspy voice was “the best in the industry” as he did not use voice techniques to enhance his musical pipes. Perhaps others did with tremolo, vibrato, modulated or what-not-techniques.

It is no wonder, while many Filipinos can mimic the voice of many other Filipino artists, we still have to hear of a “Rico Puno” sing-alike and do real justice to the moniker. He was that special.

Rico did not enter a stage- he occupied it. And there – the rugged charm of the Everyman showed- socking it to them with gusto and style that appealed to the common man which allowed him many times fill the cavernous Araneta Coliseum to the rafters.

Rico was no Pretty Boy for sure and his jokes were green. But that fitted his personality to a T and one would not expect him to expound on profound philosophies onstage otherwise he would not be The Rico J. Puno.

He would be a Basil Valdez, another tremendous talent, who we heard threatened he would go down the stage if Rico pulls off super-green jokes while they are on stage together. Basil a pranic healer and prim and proper as they come, almost entered the priesthood. Water and oil, they were.

But if some were offended by Rico’s colorful jokes, the vast majority were not. It was taken with the prism of entertaining fun. Even the lady executives and socialites trooped to his own bar in Vito Cruz Makati called Koric’s (reverse of Rico’s) to listen to his song and jokes and dance to the groove.

Superstar Sharon Cuneta warned him not to do green jokes in heaven after his death “baka ilaglag ka ni Lord pababa.”. He was just the Dolphy of the Music world. As such he wore a lot of gold accessories, drove fancy cars and was always in the “company of beautiful, sexy women.” But Rico remained married to Doris Tayag with whom he has four children- all proud of being their father’s offsprings.

Rico started from humble beginnings in Sampaloc but was able to wangle a college degree at PSBA, nonetheless. The eldest of a large brood, he applied to be a hotel boy – but was rejected possibly because Rico was not the most handsome kid in town and perhaps he was a little rough on the edges.

That brought him to singing in the nightclubs. His favorite haunts were the Spindle and Taxco where Rico J had a sling guitar to accompany himself. One night at Spindle, a top movie star then -the late Fernando Poe Jr.- reportedly took Rico in his flashy car to a place in Greenhills where FPJ requested Rico to sing a dozen times the country song “ Sunshine, on My Shoulder” -makes me happy etc. -to a woman named Swannie.

That is the nickname of FPJ’s wife Susan Roces. (FPJ was known to be romantic to his leading ladies in the movies then that made the wifey jealous.) It was probably one such occasion that FPJ was trying to assuage the hurt feelings of Susan Roces.

But it was in 1975 at plush Palazzi Restaurant in Makati when the guests of Vic del Rosario – the world-famous “Temptations” heard the soulful rendition of Rico J and joined him onstage. The rest is history as del Rosario took a gamble and signed up Rico J, when the Manila Music Scene was then dominated by bands singing English interpretations like The Circus Band and The New Minstrels.

Rico J is said to have given birth to authentic Pilipino Music which proved that the native tongue can better express the Filipinos’ deepest yearnings of love, joy, and pain- not a foreign language.

He started with English-Tagalog mix songs like “The Way We Were” and “Love Won’t Let Me Wait” before he heralded one superhit Tagalog song after another. Remember this soundtrack of your lives?

Rico loved to be with people and is happiest when he made friends and the audience happy and joyful with his song,s jokes, and tall tales. His success brought him to become also a tree- termer councilor of the premier city of the country Makati.

Rico J. Puno would rather die than not be able to sing. Said he prophetically: “ Only God can stop me from singing. He gave me that gift and only he can take that away from me.”

On October 30, the Great Conductor just did that. And Rico J. Puno is no more.

Paalam and behave now, Mr. Great Entertainer. Thank you for the moments. 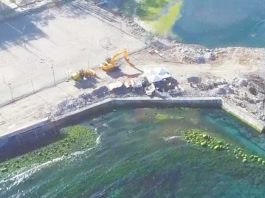 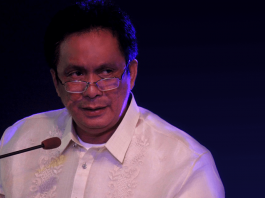