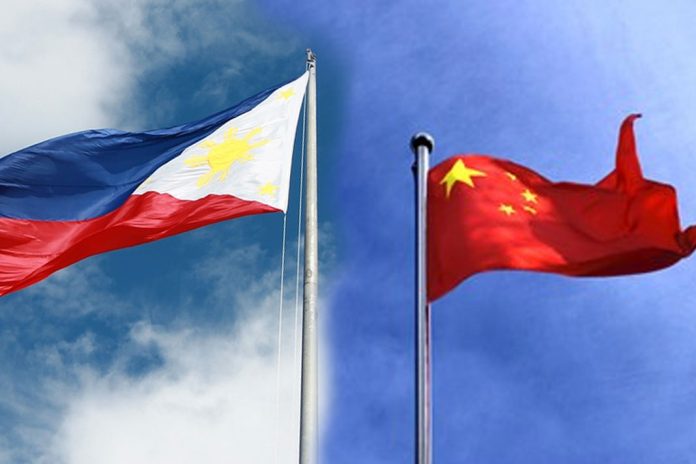 5.3 trillion dollars of trade passes thru the South China Sea every year.

190 trillion cubic feet of natural gas and 125 billion barrels of oil lie beneath its surface.

6 countries lay claim to overlapping parts of it.

9 dashes represent China’s territorial claim over 90% of it.

And 3… It has been 3 years since the Permanent Court of Arbitration in the Hague RULED in favor of the Philippines, stating that China does not have any legal basis for its claim.

3 years since the Philippines’ “victory,” yet China continues to build man-made islands and military bases in the region.

3 years and yet, nothing has changed.

Because here’s the inconvenient truth: the Hague ruling cannot be enforced.

Because, one: The United Nations Convention on the Law of the Seas has no enforcement mechanism.

And two: There is no international executive authority to make such rulings binding on states.

Although, the U.N. Security Council was intended to be that entity and ideally, the Philippines could go there and have the ruling enforced and request that economic or diplomatic sanctions be imposed on China if it does not comply, there lies one huge caveat.

Essentially, an international ruling can only bind states when the states themselves choose to be bound.

At the end of the day, when all the chips are down, national interest, and allegiance to one’s own sovereign state is often preferred over international obligations.

What can the Philippines do then? The answer, ladies and gentlemen, can be found within China itself… By adopting 3 lessons from Sun Tzu’s Art of War.

Lesson one: “If you know the enemy and know yourself you need not fear the results of a hundred battles.”

China’s assertion over the South China Sea is more than just a territorial claim over waters. It is also a claim for honor and ideology against the West.

China feels as if it has been humiliated at the hands of the West through a hundred years of history beginning with the Opium wars.

In the aftermath of World War 1, when Germany’s colonies were given back to countries all over the world, the German colonies in China were given to Japan.

In 1931, when Japan invaded China, the West looked away and was indifferent to what would happen to China.

And to this day, China believes that the West does not accept the legitimacy of their political system just because it’s so radically different from those of us who come from liberal democracies.

Thus, China’s defiance of the Hague Ruling is deeply-rooted in large part to its brewing distrust of the West.

Which brings us to Lesson two: “In the midst of chaos, there is also opportunity”

The South China Sea is viewed as a flashpoint by many.  However, there is also an opportunity here to pave the way for bilateral and even regional cooperation.

We have to sit down with China them and tell them “hey, we understand where you are coming from” and engage them directly, without any intervention or influence from the West.

And maybe then, we just might change the way we think about each other.

And if that happens, the rest of the countries affected in the region could follow suit.

The best way forward has to be through diplomacy with a common goal towards the greater interest of everyone involved.

And if that means entering into a mutual sharing agreement with China and our other Asian neighbors over the vast resources of the South China Sea, then so be it… we can live with that result, knowing that it would reached through our collaborative efforts.

It may not happen today or tomorrow or in 2 years, but as long as there’s a will and there is imagination, we can turn this dispute around, into a future driven by peace and prosperity… and not once again repeat the tragedies of war.

After all, “the supreme art of war is to subdue the enemy without fighting,” and that’s lesson three.