Dr. Rolando Villanueva Del Carmen was generosity incarnate. He gave not only what he had to others; he gave all of himself. Even as he knew that his visit to his relatives, friends, and his dear alma mater, Silliman University, last August 2018 was most likely his last, and even when he was in severe pain, he summoned all of his will and strength to make that visit happen. And when we tearfully embraced each other moments before he left for the airport, he whispered to Atty Mik Maxino his parting good wishes for Silliman.

One deep friendship started on Founders Week of Silliman University in August 2006 when the man offered him a ride from the College of Law at Villareal Hall in Silliman University to Bethel Guest House where he stayed with his wife, Josefa, that week.

Mik Maxino did not know who he was, but Mik offered him a ride because it was a hot day to stand and wait for a tricycle. The travel time became long for such a short distance because we enjoyed our conversation. They bonded quickly, and the next thing Mikki knew was that he sent the first $10,000.00 to the Salonga Law Center (which I headed as its first Director) the moment he returned to the United States that year. The story of that chance meeting has been documented in the Inquirer Visayas, issue of January 13, 2007, written by Mr. Alex Pal.

He followed that up with more grants of $5,000.00, $10,000.00, and $15,000.00. He told MIk to do whatever Silliiman College of Law want with those grants, and Mik said that I wanted the money to be used for research scholarships for law students. Dr Del Carmen was happy with Mik’s decision.

On several occasions, and again last August 2018, he repeatedly said that his givings to Silliman started with that chance encounter. He said that without that serendipity, his gifts to Silliman would not have been as generous. Dr. Del Carmen’s generosity has since then produced several excellent lawyers.

Dr. Del Carmen has been supporting Silliman University with very generous student scholarships, faculty fellowships and grants to broaden and sustain quality education. His contributions are currently funding the Rolando Villanueva Del Carmen Honor Hall at the university, providing free housing for the university’s top students in need, and working to develop programming to help expand their views of life. The only thing he asked in return is that these graduates give back to the university once they succeed in life. 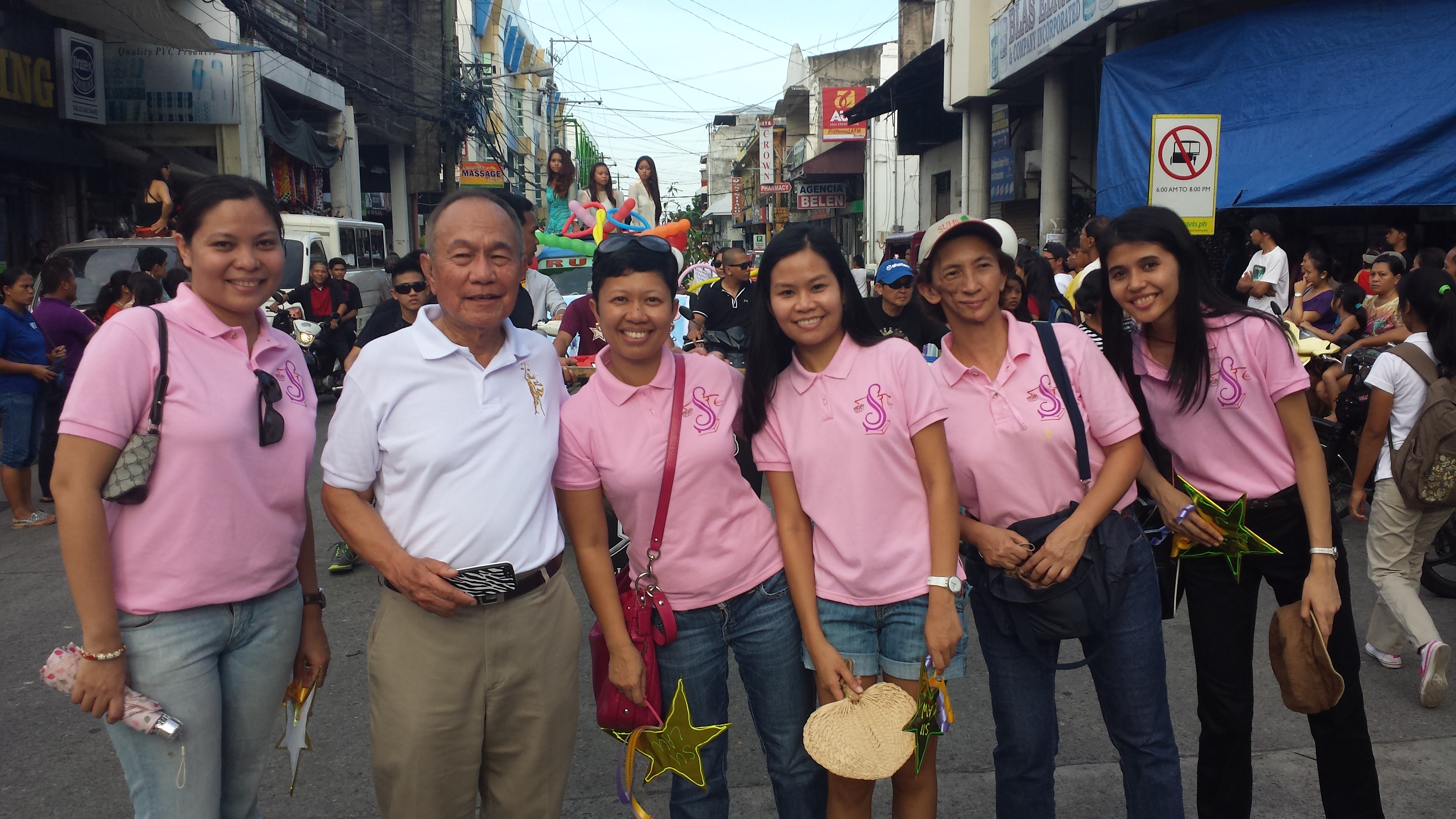 Among his other contributions at Silliman are the Dr. Jovito R. Salonga Center for Law and Development, the Angelo King Center for Research and Environmental Management, the College of Business Administration, the senior high school programs, and scholarships for high performing students.

In addition to these scholarship funds, Dr. Del Carmen provided intermittent scholarships and gifts for students in need or who demonstrated academic excellence. He gave a scholarship to a promising student in the Silliman University College of Law who performed exceedingly well in his pre-law course. He gifted 3 Silliman law graduates with a total of $10,000.00 for having placed in the top ten of the 2016 bar examinations (2nd, 9th, and 10th). He also contributed a $1,000 scholarship for a student coming from Singapore, a member of the SHSU award-winning bowling team.

Dr. Del Carmen became an assistant professor at SHSU in 1974, was named Distinguished Professor in 1995, and named Regents’ Professor in 2007. He continued to be one of the leading experts in criminal law in the United States, even after his retirement in 2012, and is revered by students, alumni, and fellow faculty members. His expertise is recognized worldwide, and he has written prominent books and articles in the field, which have been translated into other languages and distributed across the globe. He served as a mentor to many graduate students, helping them publish academic articles and advance legal scholarship in the field of criminal justice.

Dr. Del Carmen was one of only three scholars to be recognized with all three top awards from the Academy of Criminal Justice Sciences, the national organization of criminal justice professors: the Founder’s Award (2005), the Bruce Smith Sr. Award (1997), and the Academy Fellow Award (1990). In addition to being designated a Distinguished Professor at SHSU in 1995 and a Regents’ Professor by the Texas State University System in 2007, he was also named a Piper Professor in 1998, which recognizes the state’s top college and university faculty instructors. He also served as a consultant to criminal justice agencies in various states and lectured extensively in more than 40 states and internationally.

Del Carmen was born in Molave, Northern Mindanao, Philippines in a family of 10 children. His father was a church minister and his mother a teacher. He studied at Silliman University on a scholarship, and became a working student to afford board and lodging. “I got a job working three hours as a sales clerk in the Silliman Cooperative Store. His salary was 13 centavos an hour. He felt rich and privileged. Later, he transferred to the office of Dr. Robert Silliman and worked under him for most of my student days,” he shared.

Dr. Del Carmen went to the United States a few months after his marriage to his first wife, Josefa (Josie). Their only child, Jocelyn, was born in California where Dr. Del Carmen studied at the University of California-Berkeley. In 1974, they moved to Huntsville, Texas.

Dr. Del Carmen died on October 31, 2018, Wednesday morning (Texas time) at Huntsville, Texas. He is survived by his second wife, Erlyn; their daughter, Jocelyn Del Carmen Tanabe; son-in-law, Chris Tanabe, both of Menlo Park, California; and his siblings Divina, Grace, Cirilo Jr, Benjamin, and Gloria; relatives and friends in the Philippines and the United States.