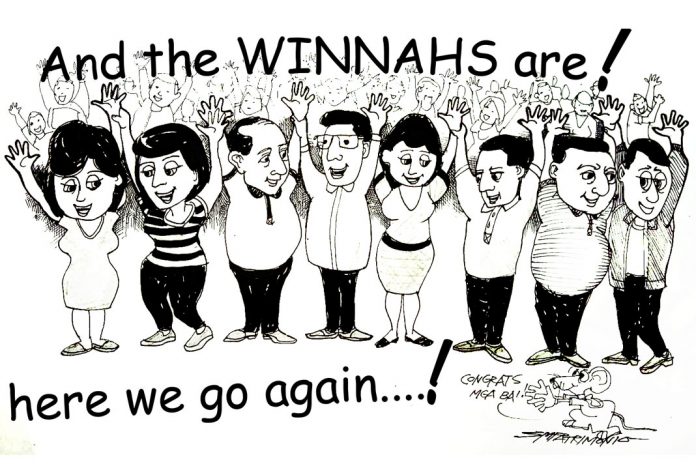 Hardly has the smoke of the last election simmered down, when the positioning for the next elections of 2022 is being felt in whispers in political nooks and corners.

We are not saying that political maverick Allan Cordova who retook the vice mayorship from GG Esmena is eyeing for the mayor ship in the next political exercise. Of course he will say that much depends on the political climate, without discounting the possibility. But mayor Remollo will never allow Cordova to win over him in the next polls.

Mayor Remollo and Governor Degamo who are indirect silent political allies now could discuss the possible switch to each other’s positions in 2022. Or who knows Ipe Remollo might be thinking of congress and Sagarbarria might take a crack at city hall, facing facing a formidable opponent, a possible rival in the person of independent vce vice mayor Cordova.

For indeed, in politics there are no permanent friends, only permanent interests.

When President Duterte exits after 2022, he could be thinking of his presidential daughter Sarah to take his place. But will she be acceptable to the people as the father? Will there be any more formidable opponent?

The opposition Otso Diretso was slaughtered in the last May polls. New national scenarios could put them back to life.

Whichever way it will be, people will already be positioning themselves for the next political exercise. Beause there are people who desperately want to get elected rather than to serve. When will the people repudiate them!