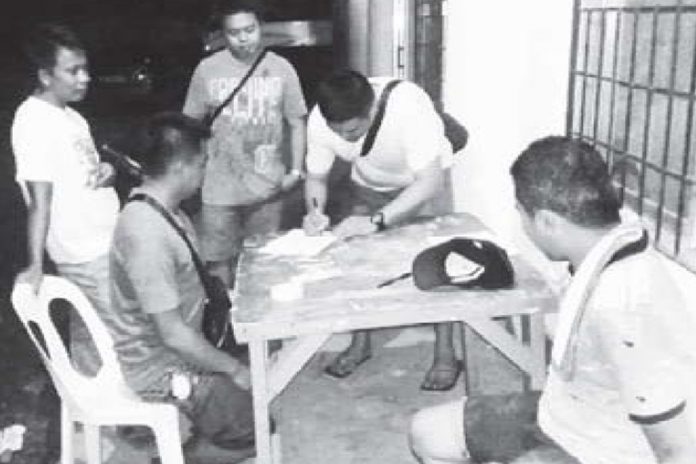 STA. CATALINA – A 23-year-old man was arrested after being caught in the act of selling illegal drugs Tuesday night.

The suspect was identified as Jerald Villasis alias Mat Mat, 23, single, and a resident of Brgy. Malabugas, Bayawan City.

According to the report of Sta. Catalina PNP, Villasis was arrested at about 7pm last Tuesday in Sitio Tambacan, Brgy. Poblacion through a buy bust operation conducted by the Sta. Catalina PNP headed by its Chief of Police PCapt. Michael Rubia in coordination with Philippine Drug Enforcement Agency (PDEA).

Recovered evidence has an estimated combined weight of 0.70 grams valued at P4, 700.

The suspect was brought to Sta. Catalina Police Station to be temporarily detained. Cases of violating Sections 5 and 11 of Article 2 of RA 9165 were already filed against him. (By Neil Rio)