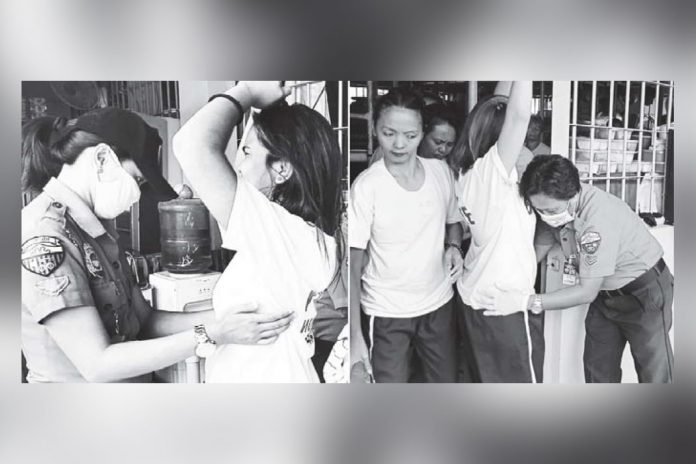 The female dormitory of the Bureau of Jail Management and Penology in Bajumpandan is clean. A surprise random inspection was conducted by agents of the Philippine Drug Enforcement Agency (PDEA) led by provincial agent Grace Cruz and found no illegal drugs on three cells. After the search for illegal drugs and other contraband items using the drug sniffing dogs of the PDEA K unit, a surprise urine sampling was also conducted on 17 Jail guards and all of the were found negative. Also found negative for use of illegal drugs are 30 selected persons deprived of liberties or PDL Present during the search is the acting jail warden SJO4 Dolores Almodiel and media represented by Kagawad Choy R Gallarde. In an interview, Almodiel disclosed majority if not all of those PDLs who undertook the urine sample are accused of violating provisions of the anti-drugs law. There are about 86 PDLs at the district female dorm, wherein 80-85 percent are drugs cases. (by Choy Gallarde)