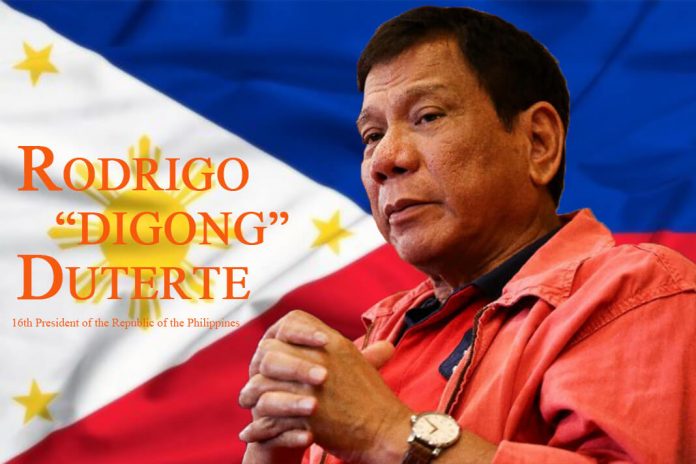 DUMAGUETE CITY – We don’t believe there will ever be another like him as the “most apologetic president” that ever lived in this world and— only in the Philippines, that is Rodrigo Digong Duterte, a biz-dak, bisayang dako.

We are sure he got this apologetic traits in training as a trial lawyer and a prosecutor. The rule is the faster you apologize, the lesser blame you will get for your mistakes. Among the most classic mistakes of Duterte for which he readily accepted “sole” responsibility is the Marawi siege.

Marawi was clearly a failure of intelligence because the siege was staged timely when the President was in Moscow who had to cut short his trip to fly home and declare Martial Law in Mindanao on board the presidential plane. That means entire government was taken flat footed without knowing that it was the day Marawi will be held hostage by terrorists. This was one of Duterte’s most decisive executive action that will go down to history.

Two options: whether to rebuild and make a modern Marawi , or , leave it as a tourist attraction and grim reminder that it does not pay to be complacent, but perpetually vigilant.

KUWAIT : was also another bold and decisive blow of Duterte to remind our Muslim employers in the mIddle east that Filipinas cannot be bullied at will, molested, and maltreated just because we are poor. No president has ever issued total ban on domestic helpers in any middle east country. Duterte did: and he got the following reforms in return:

24/7 police response to Filipina domestic helpers complaint; DH can now keep their cellphones at work and can call the Philippines homeland anytime, especially “kung mingawon.” DH can now keep their passport and can go home anytime if they wish to (hopefully for a valid reason of course) ; plus one dayoff every week. Plus plus: they can cook their own food menu like home in the Philippines, e.g.adobo, bulad, kinilaw, inihaw, ginatasan, bahaw, puso, ginamos, hipon, you name it, domestic helpers in Kuwait can now cook it in their place of work(of course at the right time and proper hygiene.)

Before, all these were a NO NO and it made the life of domestic helpers miserable in Kuwait. Imagine, no one to turn to, no one to call upon, no passport for home which is kept by employers, no day off, no favorite food, baling paita!

Our friends abroad attest that the most enjoyable respite for Filipino workers is to gather among kababayans and eat and be merry at least once a week on day-off time. We hope our 2-million overseas workers in the middle east will be able to enjoy similar amenities,——courtesy of course by Manoy Digong , the most maka-masa president that ever sat beside the Pasig.

I really don’t know what made PRRD mad at CJ Sereno. This does not jibe with his machismo image. And missing to file a SALN is not such a fatal mistake. It can be re-filed and rectified anytime.

Fatal mistakes come in the form of treason, graft and corruption, plunder, murder, and cuddling with enemy states. But my goodness , failure to file a SALN : what makes this so fatal oy! Do you think all associate justices have filed CORRECT SALNs? Statements of Assets and Liabilities and Net worth.

Political vindictiveness maybe. They did it to Corona, they did it to Gloria Arroyo, now, the new guys in the block are doing a backlash to Delima and Sereno——abir, lalim ba.