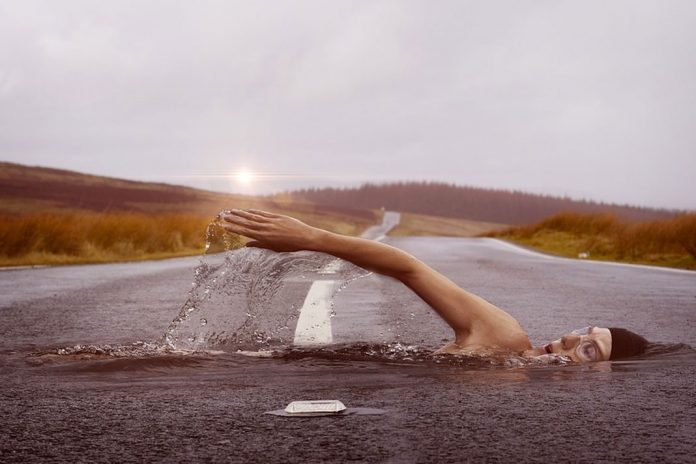 WE DISCOVERED BITTERSWEET IRONIES in a post made by a Catholic priest or layman (uncertain) that made us ponder deeply. Let us share his philosophy and comment on it.

We have taller buildings, but shorter tempers; wider freeways, but narrower viewpoints. On point, we marvel at skyscrapers- man’s achievement as he reaches for the sky; yet the overload of concerns of modernity has caused many to have little patience and develop short fuses. Multi-lane highways indeed, but the multiplicity of competing interests pushes one to protect one’s turf by developing parochial thinking.

We spend more, we have less. Modern-day advertisement, social media pressure and “keeping up with the Joneses” prod man to spend- depleting us sooner as we spend for wants rather than just for our needs.

We have bigger houses and smaller families. Financial advancement and available bank credit pay for mansions but the Sunday grand lunch or dinner among all family members are now just practiced by a few.

We have more conveniences, but less time. Despite fast food, bullet trains, food deliveries, and online purchases, we seem to always be perennially without “time”- exhausted at the end of a day of “conveniences”.

We have more degrees, but less common sense. Wharton, Harvard, and other degrees tell presidents one way to maximize profit is keep wages of the workers low- not knowing that if one keeps people poor- no one will be able to buy the products and services offered by their companies.

We have multiplied our possessions, but we have reduced our values. In the frantic race to “provide for the future”, man acquires so much property and use all the dirty tricks in the book illegally to achieve their goals.

We have been to the moon and back but we have trouble crossing the street to meet our new neighbor. It is not just the heavy traffic and the bad guys in the neighborhood that prevent us- but it is our own “poverty of the spirit” in opting for isolation than connection. To each his own.

We tried to clean up the air but polluted the soul. It has been a dozen years since Al Gore popularized his “The Inconvenient Truth” and many earthlings have responded. Yet the spiritual decadence and the reign of the dangeorus “ moral relativity” in our midst is frightening.

We split the atom, but not our prejudice. We are already in a barrierbreaking Fourth Industrial Revolution and yet prejudice against color, sex and gender is still prevalent in some unenlightened nations.

These are times we strive for world peace but domestic warfare is rampant. Sparks of battles continue after World War II but the world had remained relatively peaceful through efforts of institutions like the United Nations and the Church. However, many families are divided- unconfirmed statistics saying in gated communities, 65% of husbands and wives live in separate rooms and their children out in the streets.

We have more kinds of food but less nutrition. The worldwide increase in average prosperity has multiplied the food options leaving humans obese and carrying damaged body organs by overindulgence in consumption.

These are the days of two incomes but more divorce. The idea of preserving the family by making both spouses work has many times translated in the opposite results. Little spousal focus and diverted attention to many things.

Allow us to add our own thoughts. At no time has the longevity (how long one can live)of both man and woman been higher than it is today. Yet, today, we have the most alarming rate of suicides, people wanting to end their lives sooner than scheduled.

This was underscored by Bishop Abet Uy’s notation in last Sunday’s editorial that people now have “ many friends in social media” yet have no one to talk to, confide with and seek shelter from in times of deep psychological want.

Today, robots can talk and work, cars drive themselves and trillions of dollars spent in the new race to make Mars the new Earth- yet millions in Africa and elsewhere die of malnutrition and lack of medicine.

From the dawn of time, God made sure He provided Man with all he needs to survive on earth via animal, plants, water and air. But from 1974- 2010, man has killed 60% of the population of all animals on earth. In 11 years, if man does not change his ways, the whiplash of Climate Change will become irreversible and end mankind.

Take a seat ladies and gents, face the mirror now and ask:” What has happened to us, humans?” Shalom!